The Gift That Can't be Given


I suppose I made a promise that I couldn't keep... In the post before I published the Bandanna Baby Bib pattern, I mentioned the Little Cutie that the project was intended for. Since Halloween is over, I guess I won't be spoiling the surprise if I tell you he was going to be a cowboy. Smart Cookie Mommy's plan was to use simple jeans and a button-up shirt he already has, plus a new pair of boots that would last him through the winter season. I intended to make the bib as an accessory for his costume. And I promised you all some photos. 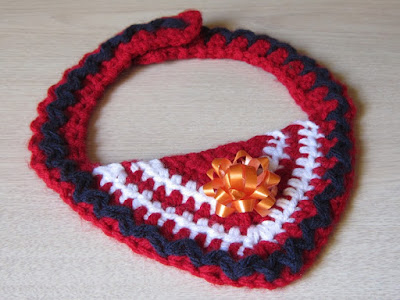 So, where are all the pictures of Cutie in the whole getup? There are none. One of my kids' old stuffed animals had to double as the model. Having already made a commitment to another project, I was worried I wouldn't finish the WIP in time for Halloween. I dumped a little of the housework on the Other Half and worked a few evenings to get it done. And I did get it done.


One week before Halloween: The Other Half talks to Cutie's daddy. Daddy says that Mommy will bring the little guy over tomorrow for a fitting and pictures... So I wait. And wait... And wait. No Cutie. A phone call and a promise of a visit the next day: And I wait all day again. Daddy promised that he'd bring Cutie over the next day... And again, for the day after that when he failed to show.


Four days of waiting, and I gave up. They never bothered to contact me in the remaining three days to Halloween. It came and went, and the accessory never was added to the costume. Here it sits in my house, waiting for a Cutie to wear it. Sad and lonely without a little one's companionship, my WIP seems to be destined as a dust collector. 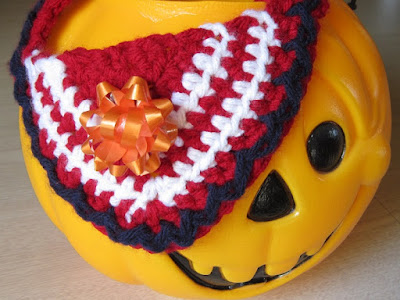 What's the deal? I pondered over the situation a few times. Did I offend them in some way? I was worried that I had, but then, why promise you'll show up? Why not say "thanks, but no thanks"? I never would have wasted the yarn to make the bib, if I had known they didn't want it.


But... They sure acted like they did! When I asked Mommy if she would mind me adding to his costume, there was no indecisive "hmm...", "maybe", or "no, that's nice, but you don't have to". There was only: "That would be cool!" And when Daddy came back in the house, she made a point to tell him what I would be making. And yet another: "That's cool".


I'm over 30 now... Have I finally passed the age where I don't understand the language of youngsters? Does "cool" now mean that you don't care? To me, it means awesome; great; super; wonderful. But after my idea was called "cool" multiple times, I'm left wondering what they meant by it. At least I know it wasn't a horrible design of the pattern itself that sent them running... They never saw it. 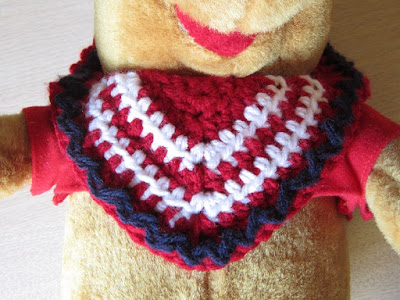 This isn't the first time that someone turned down a gift! What seems like a long, long time ago: I made a beautiful CD case with a beaded cover for a friend. I used her favorite colors, and stocked it full of some music she would enjoy. I presented her with the gift, told her 'happy birthday', and she replied "That's pretty. Here, you keep it."


What is wrong with these people? Better yet: What's wrong with me? I have a history of creating things that aren't appreciated. Is my work horrible and I just don't know it, because I have some mental disease that makes me think my work is awesome? How hard should you have to work to give a gift?


But, wait... You don't really have to answer that, because I already know. Those questions were only fleeting thoughts in my head. I spent more time typing those sentences than actually thinking them. I have my own gift: Indifference. It's a gift that's learned more than given, but other people sure have a hand in developing it. Long ago, it used to cause some true emotional damage when one of my projects was mistreated or under-appreciated. And now, I just don't care. If you don't want it, then fine. I can sell it. I can save it for when the mommy-to-be I know pops. Or, I can donate it to charity. For every one person that doesn't appreciate my work, there's countless others that are praising it. Why should I let those few get to me?


Some might think that indifference is a bad emotion, but I feel like it's usable here. You shouldn't be indifferent towards your work, home, or your family. (Well, at least most of them, lol.) Excuse me for the following sentence, but... Does it really matter if I don't care that they don't care, as long as there's others that show they care? You can't make everybody happy. So, concentrate on making sure you stay happy. You know what would make me happy? If I finally got to that afghan I was designing for myself. It's time to be selfish. 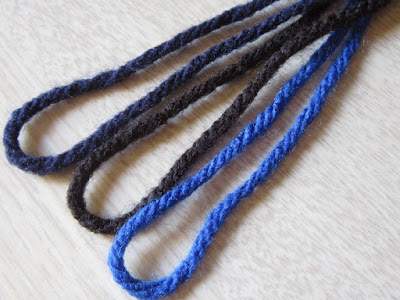