I'm still working on that super-secret project that I shared a while back (hint: It's the purple one)... It would be done if not for a small mistake on my part. But before we go into that little problem, let's see what just happened to jump into my arms yesterday at the craft store: 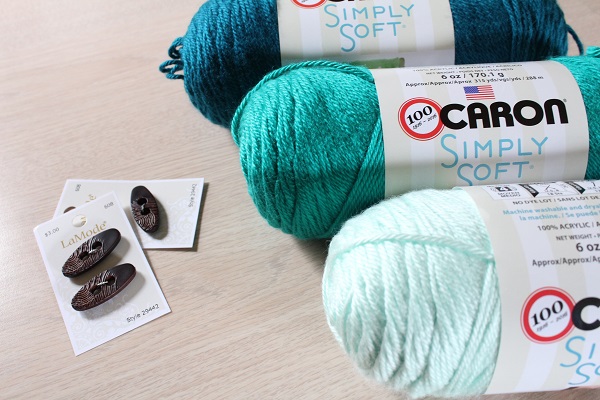 Okay, not the buttons; they were the only reason I was there! With the help of The Kid, we found the right toggle buttons for the project. That's all we needed. Then, we went exploring in the yarn section. (The Kid has never been to out-of-town Joann's, so of course I had to show her where it was.)

It's not like I need more yarn, but I have to find the right one for the project I asked for your opinions on. I've been undecided for awhile, and your perspectives helped me get closer to my conclusion: It has to be a solid color. But what color? What yarn? Many of you noted that the design has a Celtic knot vibe. This helped me decide that the project should be made in a green, blue, or bluish-green, keeping it close to the tones in the multicolored yarn I used.

But the thing I've been fighting: It was also suggested to use a lighter weight yarn. I do think that wold be a good idea, but it will also reduce the size of the project... Something I already had worked out and I don't feel like re-working it. So, I made the next-best decision: Keep it worsted-weight, but find a softer, more drape-y yarn. Simply Soft to the rescue! 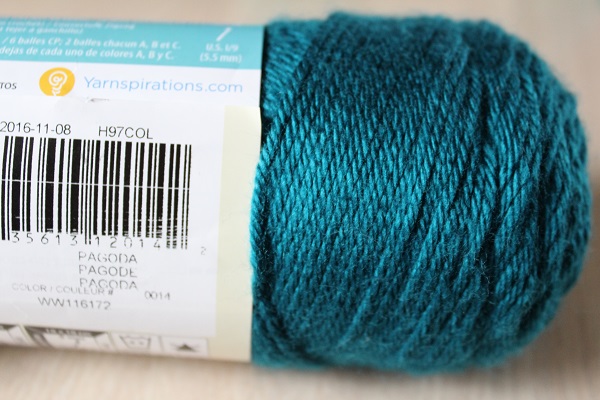 But here, I ran into another roadblock. The color Pagoda above seems like a great choice; it's a little bit blue and green. Sorry, it mostly wants to look blue in the pictures. (I know it's not my screen settings, because it looks that way on camera.) I'm quite partial to darker tones, so I was leaning towards picking this one at first... But maybe such a bold design deserves a bright color? 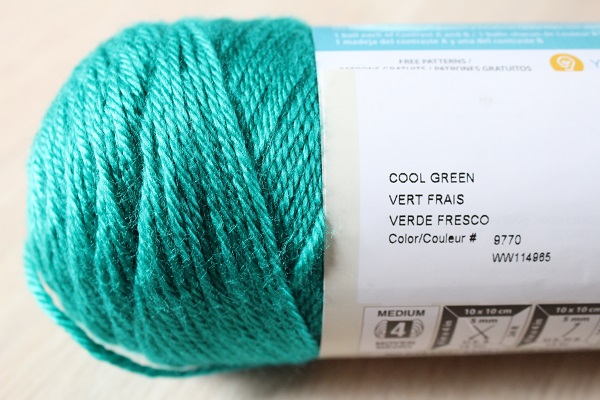 So I picked up this Cool Green, too. Again, I'm getting something wrong with lighting or settings, because that "green" is a lot more like teal in my eyes. Think: Bright peacock. It's bright. Really bright. I think Joann's has some sort of trick lighting that makes you like yarn colors more when they're in the store. It looks gross in my lighting. 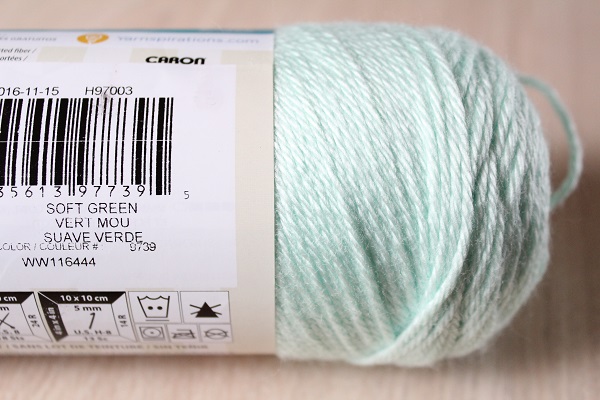 And just to be safe, we need to a nice, gentle, soft color into this mix of bold and bright potential choices. Please keep in mind: This heavy-metal loving crocheter likes dark colors. I come from the darkness to live in the darkness and become the darkness. My darkness will eat your darkness to become darker. That said: I'm picking the lighter color. 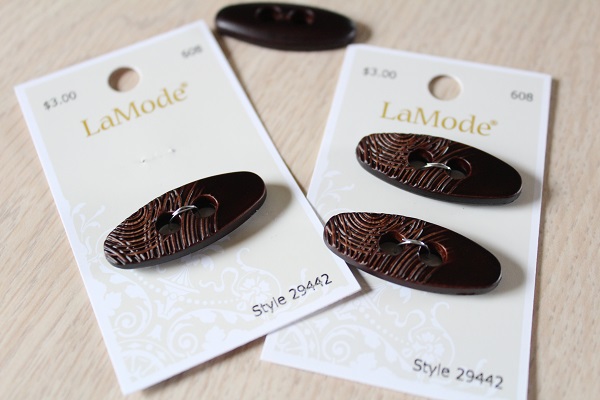 Now, let's get back to the whole reason I made Dad stop by the craft store: Because the Michaels here doesn't have toggle (or any?) buttons. I had ordered some online, but they're not here yet. I'm ready to finish the project and I'm tired of waiting! Surely they'll be here tomorrow now that I've made another purchase.


Last night was supposed to finish the project, but it ended in a mistake that I hate. I have to rip out the final part that made the buttonhole loops, just because this garment is for a female. Anybody know why that is? 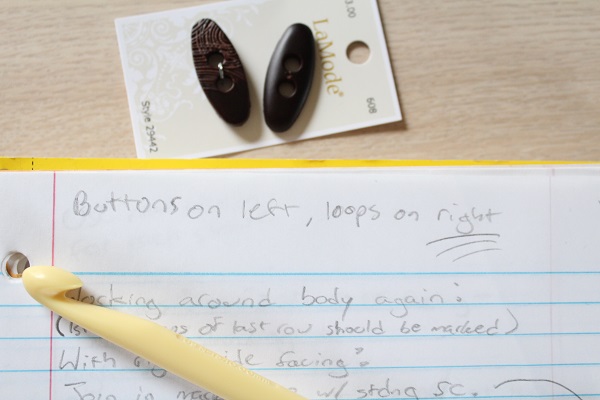 I almost want to leave it like it is. I would prefer for clothing to be gender-neutral regarding the side that buttons are on. I find it ridiculous that we've held on to such an antiquated tradition for so long. I get it if you're not comfortable with peeing alongside a man in a gender-neutral bathroom. But does it really matter which way your coat fastens?

There's many theories on why it's this way: From high-class women being dressed by servants to Napolean not taking a joke. Whatever the reason, I think it would be easier if it just didn't matter what side the buttons are on. But, I fear the person(s) that will notice it. Are you wearing a MAN'S coat? The buttons are on the wrong side! I can hear it now...