It's NOT a Disaster!

Well, well... I'm very surprised at what I'm about to share with you! First, let me quickly set up the situation: Rip van Winkle has developed a nasty infection which has me washing and re-washing everything in the house, and cleaning like mad. So, can you guess what happened when I hastily grabbed a pile of crochet stuff I had thrown on the floor? My blanket made with Bernat Blanket came out fine after being dried on high heat. My afghan made with both Caron One Pound and Simply Soft survived a wash in the machine on the heavy setting. And my fuzzy blanket (not crocheted) that was tossed in with them left a lot of lint in my dryer... But there was one item in that pile that wasn't destined for machine washing... That "disaster" of a cowl I made with Loops & Threads Facets. 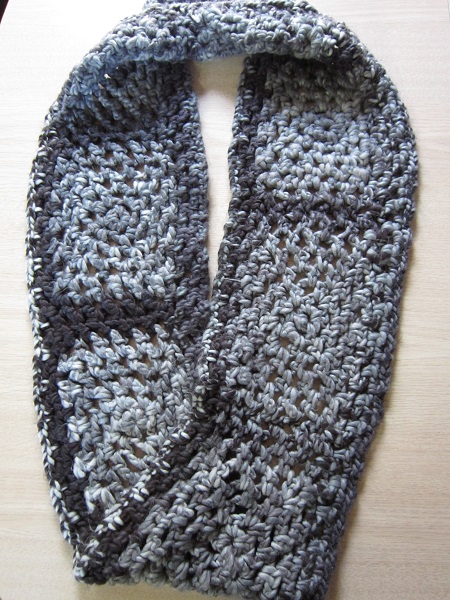 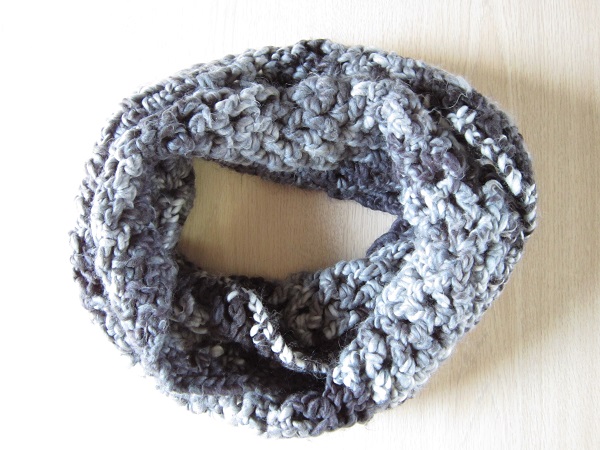 "OH NO!" was the first thing out of my mouth when I saw a corner of it peeking out of the load in the just-ran-on-a-full-cycle-on-high-heat-dryer.

"It's destroyed" was the next thought I had before pulling it out...

And "I can't believe this!" is what I said when I saw the whole thing. 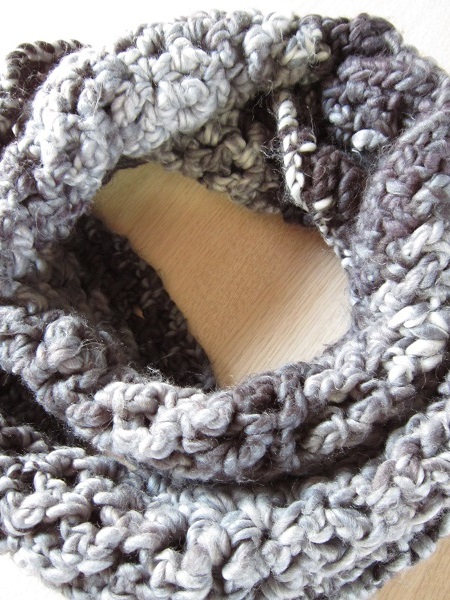 The end of a tail has popped out, which we all know happens from time to time. But other than that, I swear it looks better now than when I had hand-washed it! The feel of the yarn is... Different. It's not quite as soft as it had been, now having a bit of a scratchy-wool-but-still-soft feeling. The fuzzy frizz that had developed all over the project now appears to be smoothed out some (but not all the way; you'll see soon). And the whole thing shrank a little bit, but it now looks more like its old shape instead of the stretched-out mess it had become. 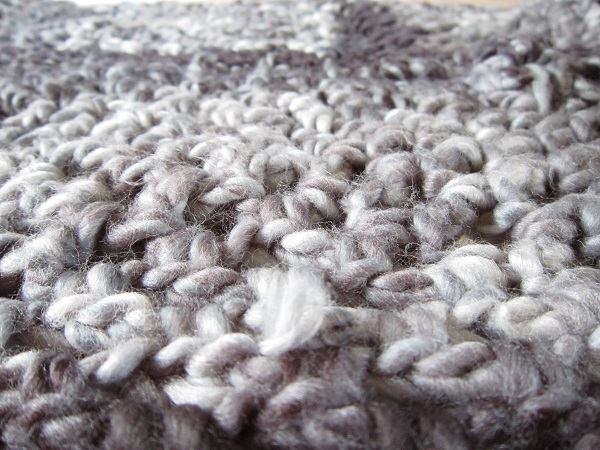 But, where did that frizz go? One theory is that perhaps they were loose fibers that needed a fluff in the dryer to remove... The lint trap sure was full of gray stuff, and maybe it didn't all come from that Walmart blanket. I originally thought that my black blanket's lint had mixed with some lint from the Bernat Blanket to create gray; that was before I saw the cowl in there.


My other theory is that the high heat simply melted the frizzies away, and that's why my fluffy-soft cowl is a little scratchy now. Come to think of it, maybe a better way to describe the feeling is "crispy". Kinda like if you iron acrylic yarn... Hmm... There's an idea! I wonder if I could use an old cotton towel and the iron to further set these fibers in place? That's an experiment best performed on a scrap of the yarn before I go killing the whole cowl. But I think it's worth trying, because the edges of the piece are still looking like a well-worn sweater. 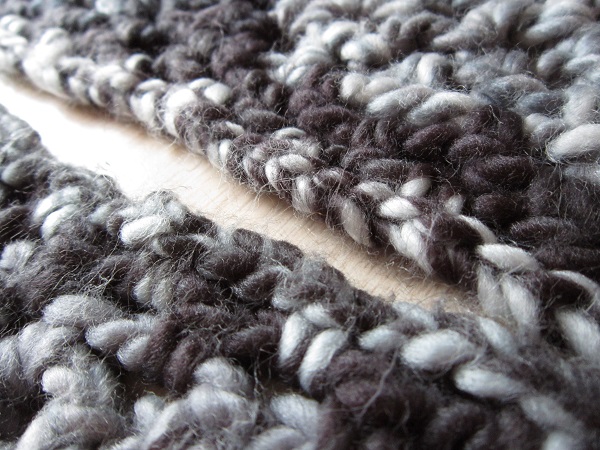 Maybe I should just let it go... From farther away and out of bright light, the cowl simply looks like a cozy, soft, fluffy accessory. When it's bunched up around the neck, the seams that pulled from shrinking can't be noticed. It even seems like maybe that shrinking helps bring the definition back to the lace squares. 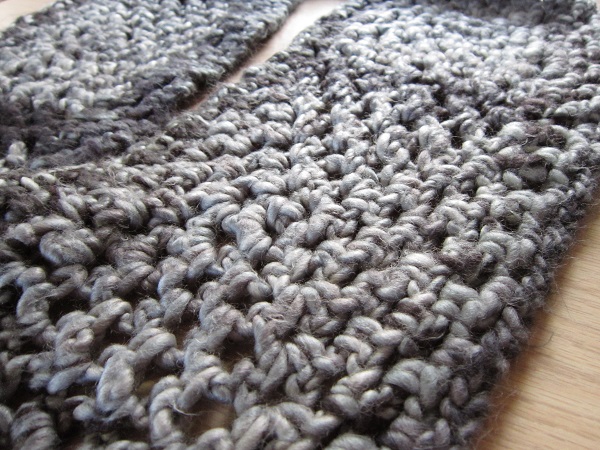 I'm still going to make the pattern again in another yarn. I'll just call this a tester and wear it out without worrying! And who knows? Maybe after another accidental trip into the dryer, it might look even better. I think the next time it needs washed, I'll toss it in the machine again. But I do fear another trip to the dryer could turn it into a child-size cowl. Eh, either way, I'm over it. It's time to move on to the next project and more

Ooo, but wait! Now this yarn is on clearance! Maybe I should buy more!
😉 Just kidding. 😉