Have Anxiety, Must Crochet

That's it! Call the Funny Farm, I'm ready for them to come get me. (I'm only being sarcastic, please don't call them again.😉) There has been two separate events over the past two weeks that have left me paralyzed with anxiety and unable to sleep more than ever. I am so very thankful that in times like these, I have the gift of crochet to keep me from completely losing my mind.


When I found myself so shaken that I couldn't hold a hook in my hand, I turned to my plarn granny squares using finger crochet. It's a big, chunky project that's easy to hang on to with trembling fingers. When I realized that I would never get anything done if I kept popping up from the table with every noise, I forced myself into my recliner - Not to relax, but so I could see out the window while I worked. 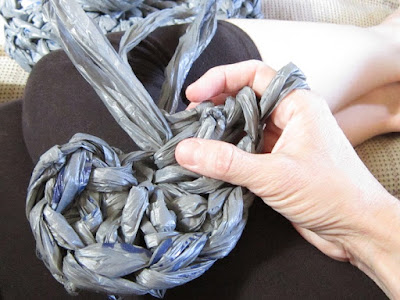 It took over an hour for my hands to find their strength again. In my nervous state, I kept making silly mistakes that set me back again and again. But ripping and stitching made me focus on something other than my fear, and I finally made some progress in the last square needed to create the bag I have planned. 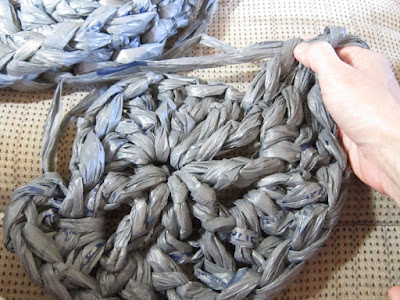 You might think I'm overreacting, but I'm not kidding when I say I'm glad to have my scissors at hand to make more material. No chop or rotary cutter today - Just a good old-fashioned craft tool that doubles as a weapon. (Kinda makes me want to go back to practicing my knitting so I can have a couple of pointy sticks, too...) Both situations left me genuinely in fear for my life, and I don't think you can blame me for wanting to arm myself. 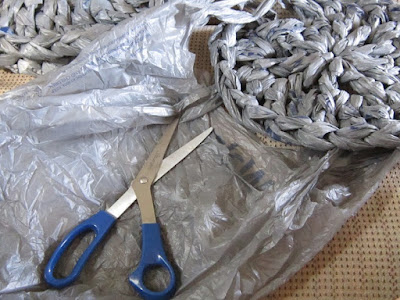 If you're asking "what's going on?", then you're thankfully not one of the people that have been sending me threats. After showing some military support for Veterans and Remembrance Day, my social media accounts started blowing up with personal messages from unknown profiles - Ones that were conveniently deleted shortly after. Some were religious rants, others called me American scum, but more than one was threatening my life. It was only empty (?) threats made in virtual reality, so again, you might think I'm overreacting... But please excuse me while this gets a bit graphic: I had a man tell me he was going to stab me in the vagina so I could be raped and gutted at the same time.


How did crocheting get me here? Are they serious that I deserve that for making some flowers and a dagger? The craziness, the cruelty, the senselessness of hearing these things over a crochet project... It has made me lose nearly all my faith in humanity. And it also did exactly what I think they were hoping for - It made me fearful. They might have scared me good for a short time, but I don't and won't back down. When you make me fearful, I'll just grab my crochet to still my shaking hands. So you see, there's a ray of sunshine in this whole cloud of darkness: 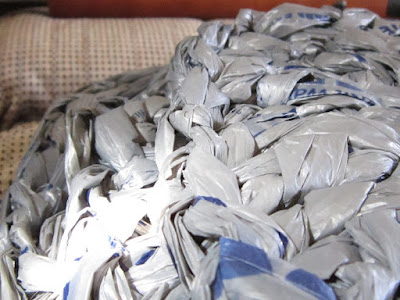 And just beyond that ray of sunshine is a loaded rifle, because that makes me feel even better. So just in case they're not kidding, I'm not either. The crochet is just to still my fingers so they're steady on a trigger. After the threats in virtual reality, I faced an even scarier situation... Long story short, Rip van Winkle sold his truck - From our house, because since he works with the buyer, he trusted the guy. A week later, the guy says he wants his money back, "or else". Knowing Rip was still at work, the guy left and showed up here to harass me and wouldn't leave, even after I called the police.


When a man waits for a woman half his size to get far away from the house before confronting her (knowing she's alone), and refuses to leave the property even while she's on the phone with the cops, you know you're not dealing with a stable person... Right? So this is a buyer- and seller-beware situation: Don't buy a truck for $800 thinking it won't need some work (especially after you're told that it needs work), and don't sell things from your house, even if you think you know the person. People. Are. Crazy. 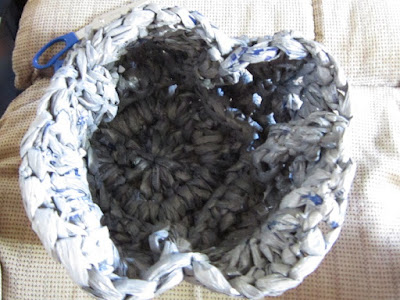 Through all the stress, I managed to put that bag together. I added some of squares backwards and had to rip back a few times. In the end, I made one of my seams in the wrong direction so the bag twists a bit. Since it's just an experimental pattern, I'm not worried about fixing it. The point wasn't to make a perfect project; the point was to occupy myself with something so I could focus through fear. I still have to make handles for it, but I ran out of material. Darn, I guess I'll have to keep those scissors close by for a little longer...


But I'm still not kidding. The crazy truck buyer - I now have a trespass warrant against him, and he won't be back if he's smart... If. However, he proved to me how insane people can get over something they believe is right. Although they're most likely hollow attempts to scare me out of amusement, I'm not taking those social media messages lightly. I'll be taking up my hook (or finger) to crochet away my anxiety, and spending some time making my property a little more secure.

Happy Crocheting!
PS - To my friends who may be missing me on social media, you can guess that this is why. I'll only be sharing my posts from in-browser so I don't have to fully log in, which leaves me missing everything shared by others. I'm not gone from it forever - I just can't take any more threats right now.