To anyone who fully reads my blog posts, you may notice quite a few mentions of a troll. I decided it was time The Troll got a little space of his/her own. 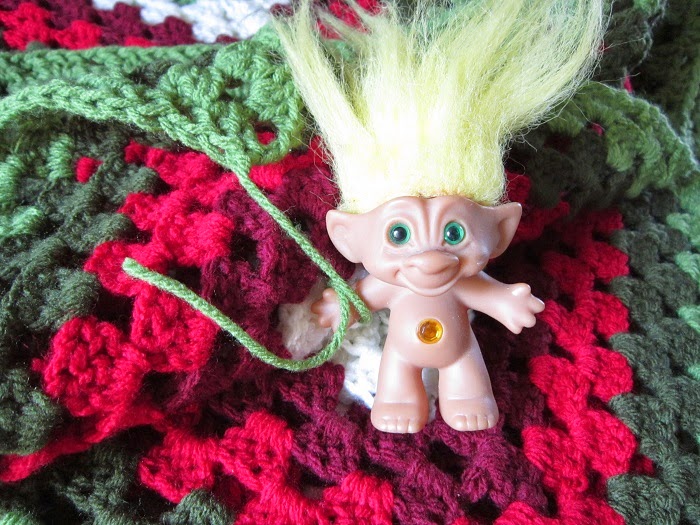 *Image is actor's portrayal of the "real" Troll


To those of you who think I'm nuts: Maybe I am, but probably not! (I promise I've been checked out and deemed "sane" by a professional.) Just so you understand, "The Troll" is just a comical way to explain an unexplained problem I seem to have: Things disappear at my house. I'm not a disorganized person, I can usually tell someone exactly where something is, and other people lose items when they visit, too.
It became insanity before it became a joke... I would just know where something was (or should be), but it wouldn't be there. It became an almost-weekly event. I started having other people search for things with me... Together we would go through a drawer, box, or cabinet, and said item wouldn't be there. These things are never anything expensive, but its usually something shiny, or food, or just something I really needed to find a the time.
I started remembering fairy tails and legends about "little people" of all sorts. Then one day (half joking), I said: "I swear there's a troll living here and he steals my stuff." So I yelled out, "Okay Troll, you had your fun... Now can I please have my stuff back?"...
And my stuff started reappearing! (It often happens soon after I bake a batch of cookies...) Not only did it come back, but it always comes back in the place it went missing from. The very same place other people also looked, and couldn't find the item. So you can call me crazy, call it a troll, call it whatever you think it is; it's just a fact that things disappear with no explanation around here.
Because the missing items are often something I need to complete a pattern, I had an idea that perhaps The Troll would like to be a bigger part of Crochet is the Way. Maybe something more than just a mention in a post now and then?
Feel free to share your own "troll" stories or leave a happy message for mine; Just so you know: Whoever makes fun of The Troll always gets their things taken, too.