You may have already seen little sneak peeks at this project, and now it's time for the reveal... I've been debating whether to show the whole thing before next month's GrannySpiration Challenge, or go ahead and spoil the surprise. This afghan has been kept semi-top-secret because it was intended to be a gift, so let's unveil it in the most surprising way possible, shall we? 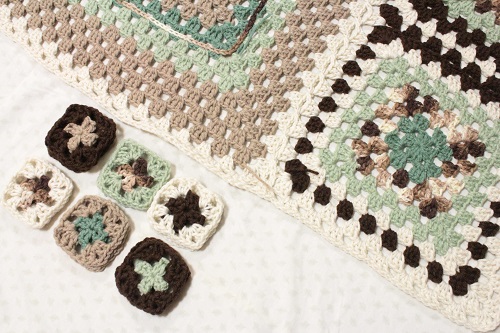 The project was neglected while I was sick and Dad was in the hospital. Afterwards, it seemed like every time I sat down to work on it, something else went wrong. (Though isn't that the way my life always goes?) Things broke, people interrupted, and the weather didn't cooperate (my kitchen window is leaking again). Between cats in the way, dim light from storms, and (most of all) a lack of room, I couldn't see how I'd ever get good photos of this project for next month's Challenge. 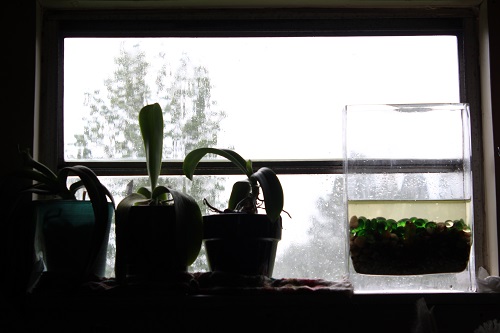 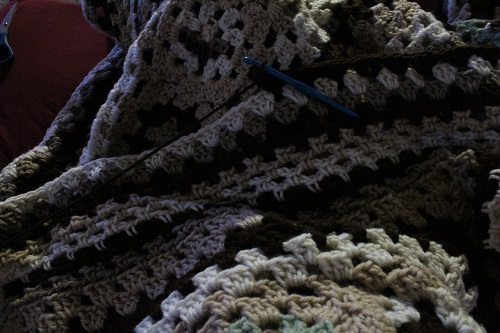 Finally, I didn't have enough left to make a full round with any of the colors left. Time to call it "DONE". But that still leaves the problem of getting those photos... My house has low ceilings. I was holding the camera against it so I can't see what I'm snapping a picture of, and ended up with a bad batch of photos. But that's okay, I have the solution. 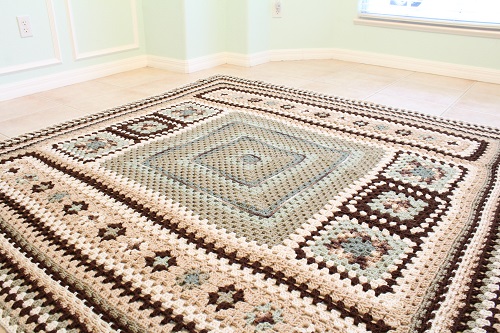 Hey! That's not my horrible ugly house in the background! Who's place came to the rescue as my "satellite office" for the day? And wow, don't the colors of the afghan look great with the color scheme of the room?


With the homeowner so kindly away with The Kid and my niece at the movies, I almost didn't know what to do with an empty place to work in! The photo session was done in no time, allowing me to make some coffee and quietly work on a small project while I made use of the washer to give the afghan a bath before gifting. 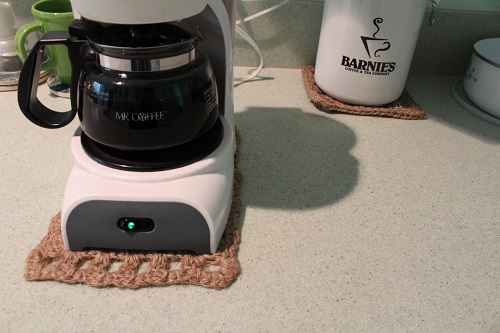 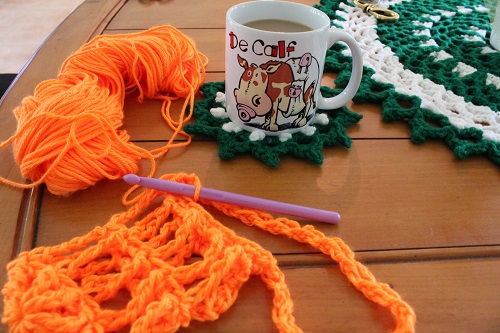 See that? There's more of my work to be found in this house, so you know it must belong to someone special. Who could possibly be so trusted that I actually spend time making things for them?

I pulled the afghan out of the dryer for one last photo on the couch, and found as it cooled off that it wasn't quite dry yet... Oh no! What to do? Time is running short and I need to get on my way home! Well, I guess there's only one thing I can do... 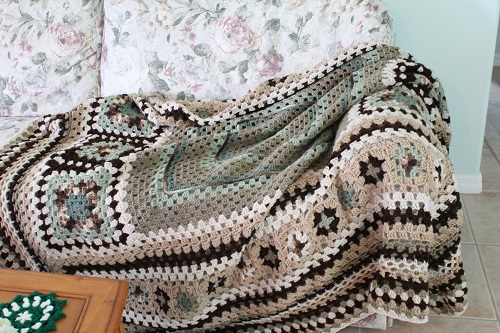 Leave it in the dryer with an apology note. After all, there's no point in me dragging the damp project back home when it's already where it should be... Is there? I know it's in good hands at its new owner's house.

Dad reads the blog, so I'm wondering if he'll find the surprise in the dryer or read this post first... Either way, I hope The Kid managed to not spill the secret - She's my accomplice! I chose to make this afghan for him because he's the one that took me to get the yarn. And in the end, I just couldn't create what I had envisioned... A coffee-themed blanket that I could wrap up in with my favorite mug. But I did discover that the horribly greenish Taupe that wouldn't fit the coffee theme matches Dad's decor pretty well, and I couldn't get the thought out of my mind. Sometimes, you just have to take the hint from the forces that be.

PS - Anderson was NOT amused that I was at his house again... 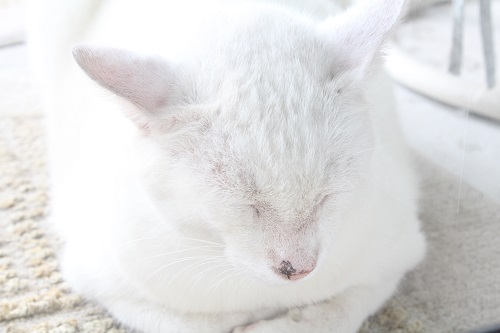