Welcome to the first of a new series!

Once upon a time, I got paid to create crochet and crafting tutorials. I had to hustle in order to make my time worth the small amount each project earned. Balls of yarn were pulled out of the stash, stitch swatches were made, and most of it got tossed into my "WIP" stash bin without being ripped back. Some of it was hastily rolled up or left in knots. It's all a mess.

Then one day, the $7 commission I was making got reduced to $4. I was disappointed, but instead of giving up I hustled more. The mess grew. When I was just a few dollars away from making my (last) payment threshold, the tutorial-uploading part of the site mysteriously went down for days. The company assured me they were just making a few changes to the site, and it would be back up soon. 😀 There was no more payment option when it came back.

Fast forward: Although the company was exuberant that I should stay and work for free; it's great exposure for my blog; their creators are "so important" to them... Yeah right. I watch my blog stats frequently, and no traffic ever came from their site. The only exposure I got was on their platform, and it didn't go any farther. As far as them "caring" about their creators? They didn't even have the decency to let us know they would be stopping payments. I found out from a blog post. Their multi-million dollar sellout to a larger company was so big it merited an article in Forbes magazine, and they were proud of it. (But they couldn't pay me the ninety-something dollars I had already earned under contract.) It left me sour, so I left their name behind. I spent a lot of time being angry and ignored that disorganized part of the stash as a result.

This series is an attempt to move forward from bad feelings and make something of the mess. That's the first I've ever spoken out about that situation, and the last time I will. Let's move on to item from the stash #1: 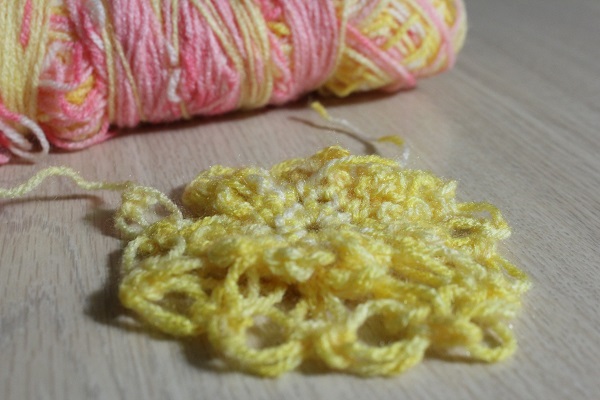 In the foreground: What was to be a lacy granny square with a flowery center. Attached to that in the background: One lone ball of Bernat Baby Jacquards, which is currently discontinued. 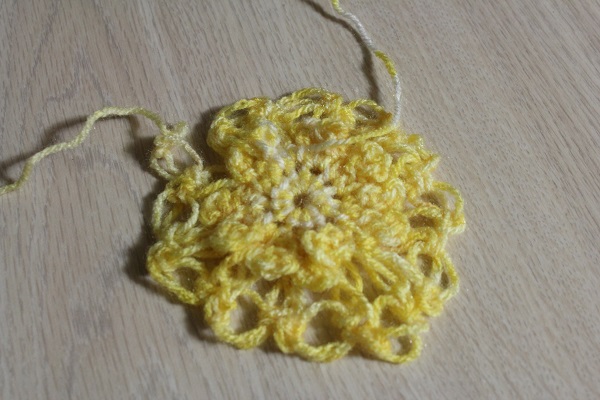 I want to use up this yarn, but I'm not fond of yellow. I'm not fond of pink either, but for some reason I like the summery combination in the color "Berries and Cream". (Of course, I disagree with the naming of this color, which is how my Pink Lemonade Scarf was named.) 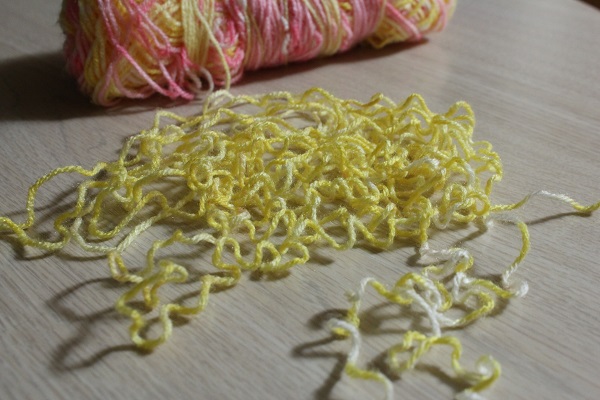 That flowery motif just had to go. I think I want to make a summery wearable of some kind... Maybe a vest. But before I can begin a new project, I have to do something with this mess of a skein that has been partially re-rolled. Before I began fighting with the outside of the skein that had a few knots in it, I thought it would be better to find the center-pull end to start rewinding. 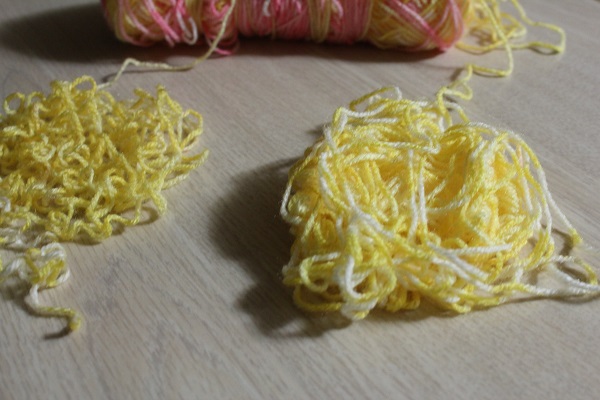 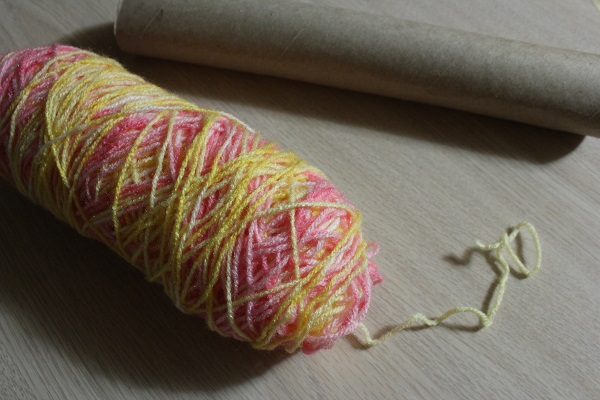 No worries. I didn't take me very long to unravel the mess of yarn vomit that came out. Needing a nice quiet activity anyway, I didn't mind sitting down with a paper towel tube and re-rolling a better center-pull ball. I started it a little too long, so it's not the best looking skein. But I won't let that bother me as long as the yarn keeps playing out from the center as it should. 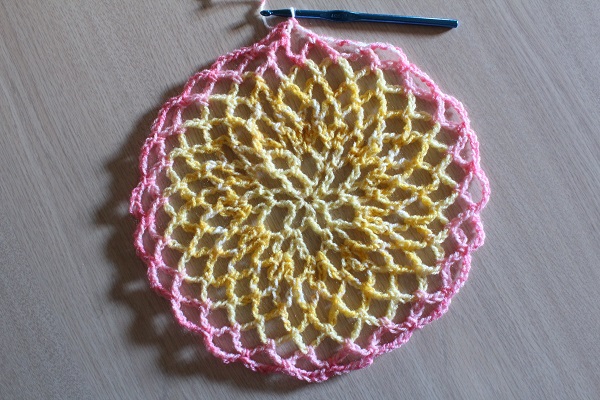 And well, would you look at that... Even after half an hour of hand-winding a ball, I couldn't find sleep. Some trial and error led me to what I think is the perfect design I'm looking for. But!... I'm stopping here because I have other projects I need to work on.

I thinking of turning this skein into a circle vest, but I don't want to take that idea too far with a discontinued yarn. Measuring of gauge and weighing of yarn needs to be done to make sure I'll have enough, or I'll need to go in search of a similar-colored matching-weight-and-fiber yarn. I have a feeling that won't be easy to find! Perhaps this yarn will just end up as a lacy doily instead. What it won't turn into is a disappointing, useless, forgotten project like before.