In the opening for this scarf's pattern, I made excuses for it being behind schedule because "Sometimes designing doesn't go the way you want it to".

There are things that sometimes go unnoticed until it is too late... I could have quietly tucked my tail and gone on like it never happened. To tell the truth, that's exactly what I wanted to do at first. The more I thought about doing it, the more I felt like I shouldn't... I've created patterns and tutorials for this stitch. I'm embarrassed to admit it, but it's a bad design.

Okay, here's where I do the grown-up thing while we cover a slightly childish subject. And speaking of childish, you should probably tell the kids to go to another room before you scroll past the first few pictures. Chances are the older ones have already seen this scribbled on walls or notebooks, but the younger ones should be protected. 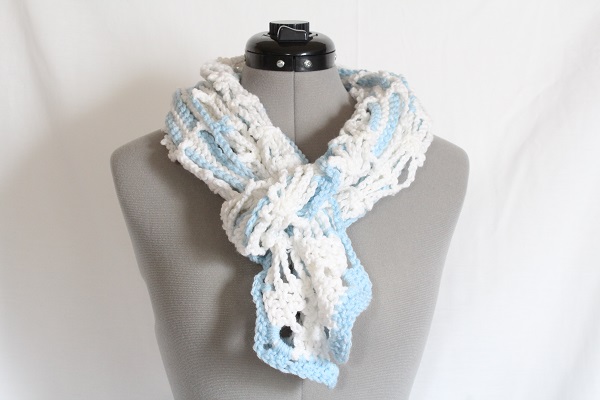 If I don't delete the pattern for this scarf, then I really need to attach a warning to it. I didn't see the issue at first because my mind only saw what I was trying to design: Dragonflies. O.M.G. I made a few squares using this pattern and was going to make a BABY blanket. 😥 It's a project I'm so glad I never completed. 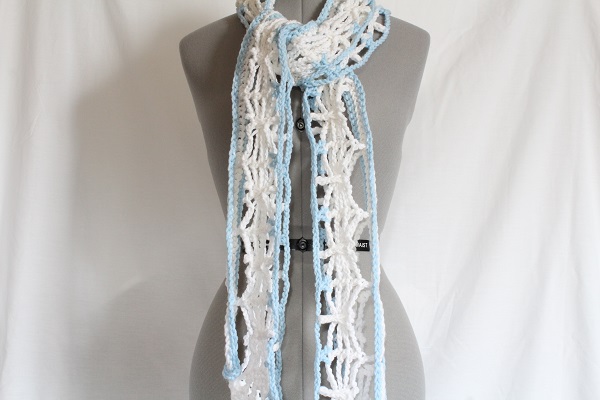 The Dancing Dragonflies Scarf was originally created to be donated to charity. Being too lightweight and light-colored for a homeless donation, it was supposed to go to a nursing home where it could brighten someone's day... But I've had no luck finding any place locally that is accepting such things. Out of four facilities that turned my box of shawls and scarves down, one actually asked me to call back when I made some afghans. I thought that was rude, so... HA! Well, I'm really happy that this scarf didn't make it to a donation box. Eventually I gave up, and it ended up stuffed in a drawer in The Kid's room. 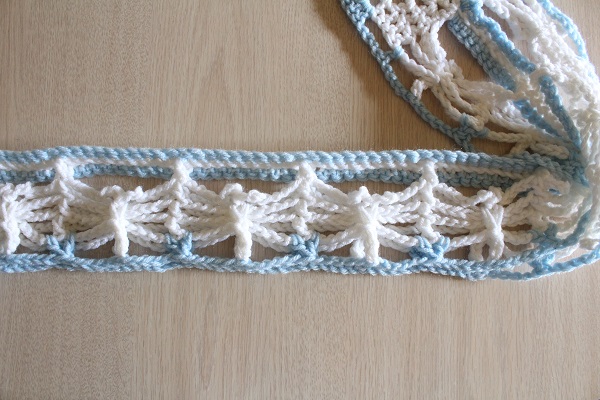 The Kid. I gave it to my underage kid. I can't believe I gave this scarf to my child. 😳 I know that it was an honest mistake, but there's a little part of me that feels like this was a bad-mom-move. Surely a more diligent person would have realized what they were bestowing on the innocent... 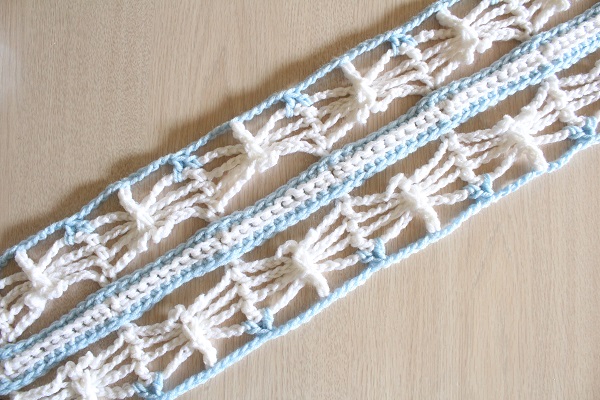 I breached her territory, armed with a vacuum and spray bottle. The scarf was stuffed in a clear plastic drawer where it was visible to all who dared to enter. When I noticed it, I remembered the garden-themed baby blanket that would be full of flowers, butterflies, and "dancing dragonflies". I crossed the room with my weapons of mass disinfection, stopping to push in a drawer that was sticking out. (The drawers always stick on those cheap plastic carts.) Bending down in front of the cart left me eye-level with the scarf. 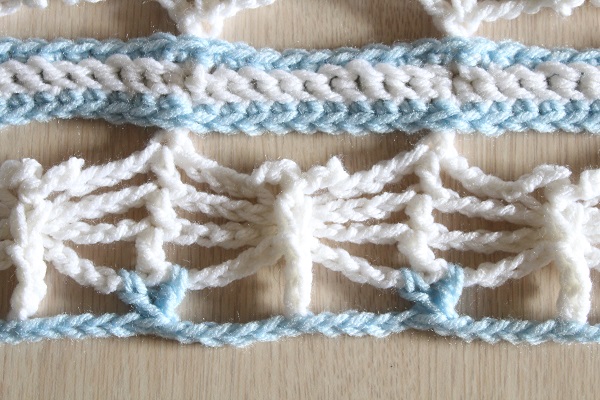 Maybe at first, all you see is the lacy dragonfly design. That's all I saw for a long time, too. I guess I was looking through that plastic drawer at the right angle, because it was clearly obvious what this design could be mistaken for: 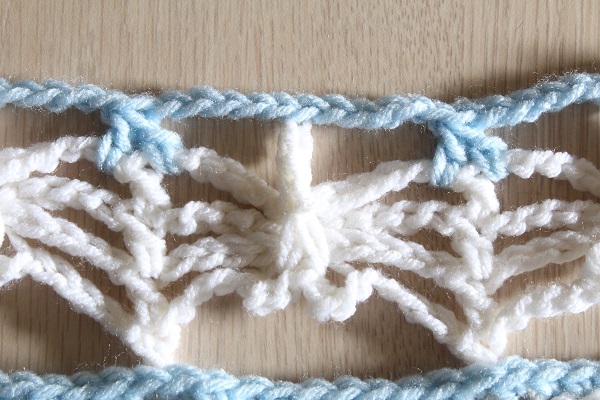 No. NO! Omg, no I did not create this thing! But yes, I did create this thing. And eventually gave it to my kid. Wow, don't I just feel like Mom of the Year? Many parents eventually have a "don't look, DON"T LOOK!" moment of some kind with their children... Had one myself as a kid on the beach when an old man decided to change his trunks behind some trees that didn't do much to cover his coconuts. I survived! But I'm sure that never, ever in history has anyone put something that is suggestive of a "tree" and "coconuts" on a scarf and given it to their child. 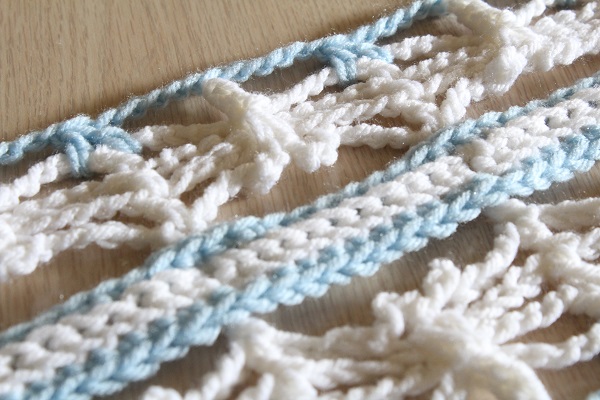 Again, it was supposed to be "dancing dragonflies". It was never my intention to make a scarf that's NSFW. I'll be removing it from my kid's wardrobe and pretending like it never existed. And oh! If only it could stop there... This free pattern is also available as a six-part tutorial, right here on the Crochet is the Way blog! 😭 This scarf still makes enough views to make it into my top 20 posts. OMG, are there people making this? What do I do?! I hate to give it the shaft, but I need to get the ball rolling on putting up that warning. 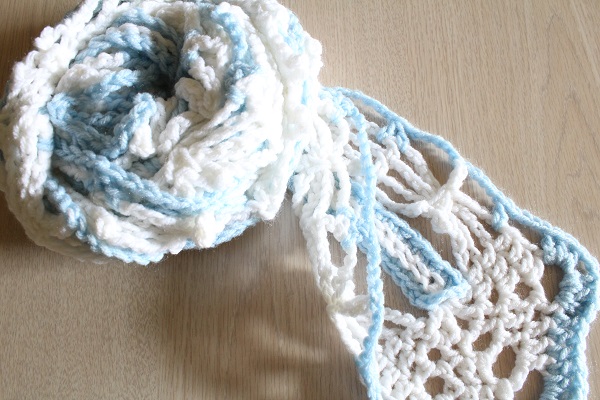 PS - It's not a total loss! If you like the concept of the lace but don't want X-rated dragonflies on your scarf, the pattern could be worked with the butterfly stitch instead. Perhaps I'll rewrite the pattern and create a new G-rated version for The Kid.