I'm sorry that I'm writing another post about my project with Caron Cakes... I can't help it! Each time I return to work on the shawl, I feel like a little kid with a new toy. But I promise this is more than just a look-at-my-pretty-yarn post: It has substance.


There is a bit of unfairness in bragging about Cakes. This yarn isn't available everywhere internationally, or even locally. It can only be found in Michael's stores, unless you want to pay a ridiculous markup being charged on some auction sites. Thanks to an article shared by a friend, I learned that the company has hopes to fix that... Eventually. And the best news of all: The production of Caron Cakes will continue! So I hope if you haven't, then you will get a chance to work with Cakes. Eventually. 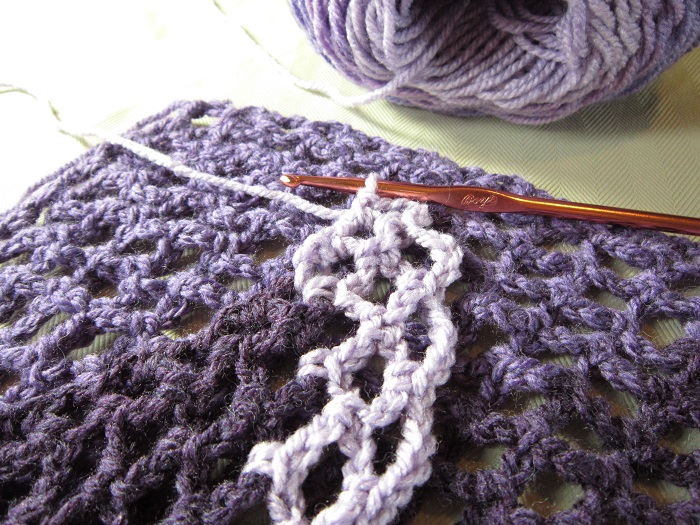 Until then, there are plenty of other color-changing yarns out there that can amuse us all. I think that watching colors unfold from a skein can be just as appealing to the senses as the many possibilities of texture available in crochet and knitting. When you get a happy surprise in those colors, it can make a little piece of your work feel extra-special. I was loving these colors, but my first attempts at a design failed... Trying to increase the multiple from a formerly successful pattern became a wrinkled, ruffled, increased-too-quickly mess: 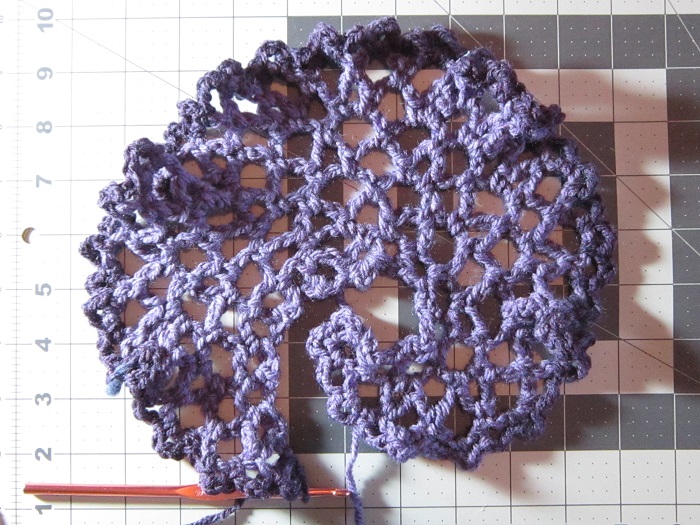 Working the original pattern had caused a puckered failure, so I was lost. My disappointment became determination, and I eventually figured out a design that worked with the same stitches, but it changed the shape of the shawl. I was happy to create a successful flat design, though I felt like I had settled for less. I wanted to keep that same shape, however, my brain just can't make it happen right now. Oh well. Work on with what works. I tried it on and asked Rip van Winkle what he thought. "Yup" was the response. I felt like my design just wasn't exciting enough. And that's when I found it... 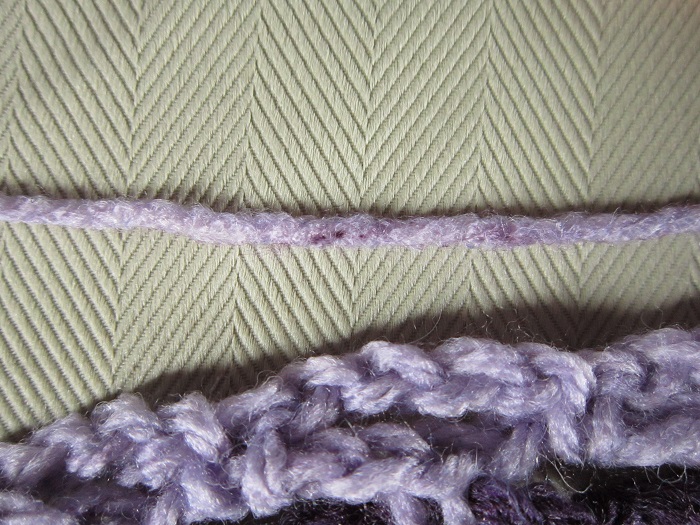 You'll know it when you find it: It's in that skein that has every perfect color. You'll still pick a favorite color out of them. And when you find it, you'll get a little jolt of sensation as that color unfolds from the skein. Even if you don't like the shape/stitch/feel of your project, that one color will make you feel a little better about it. And if already love your work, then you might even experience a feeling known as a yarn high.


I was undecided about which color in my Caron Cake was my favorite, but it was a toss-up between the lightest pastel and the darkest jewel tone. I felt that jolt of sensation when I found the sprinkles on the Cake... Little dots of the darker shade mixed into the pastel. Since I can't decide which one I like more, gimme more of those sprinkles! That's my favorite: Both. 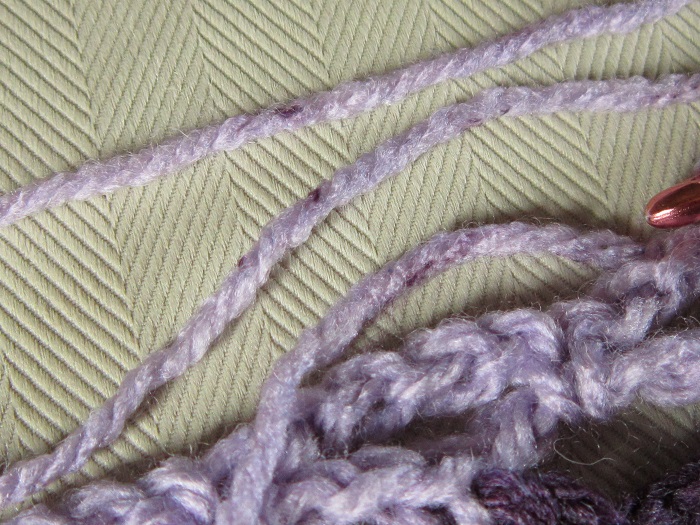 Of course, a thunderstorm had to roll through and I couldn't find a good light setting to continue capturing the true colors. As I worked those sprinkles into my project, some disappeared and left me further disappointed. But others shone through the design, so you can still see the sprinkles on the Cake. 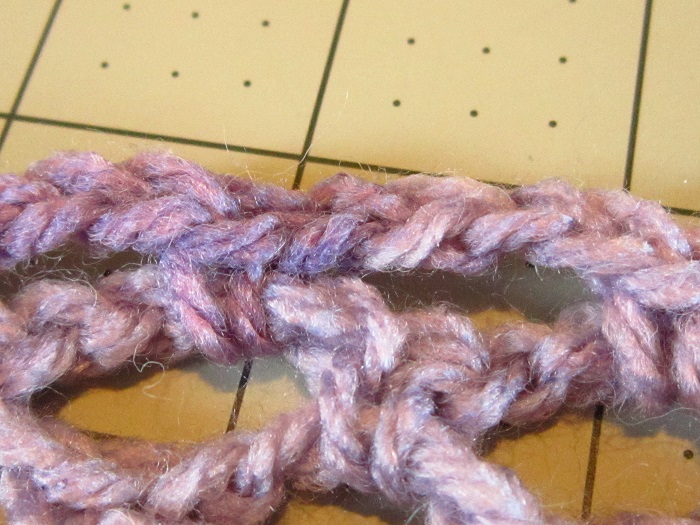 As the simple striping continued to leave me unimpressed, I tried it on again. With the project growing, I was able to drape it fully over my shoulders and find a cool effect that happened with the striping... I asked Rip van Winkle if he noticed it. "Nope". He faded off into another nap as my excitement faded again. 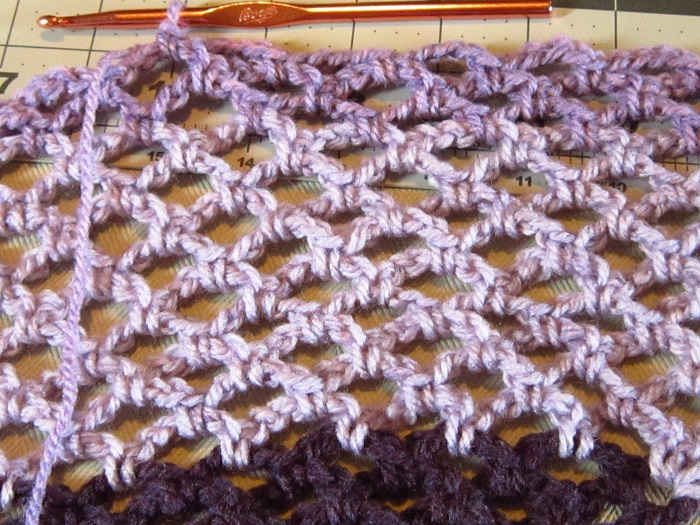 In the end, the sprinkles melted into a new color. I came down from my yarn high, and realized that there's no reason to be unhappy with the design. A beautiful, lacy stitch became repetitive to me, and the simple triangle shape wasn't amusing me enough. Rip van Winkle's critiquing... Well, let's face it: He's not critiquing at all; he's a truck driver and he really doesn't care about a shawl. I should stop asking his opinion. Finding the sprinkles on the Cake helped to reawaken my senses, and I sorted out the differences between dislike, disinterest, and boredom. 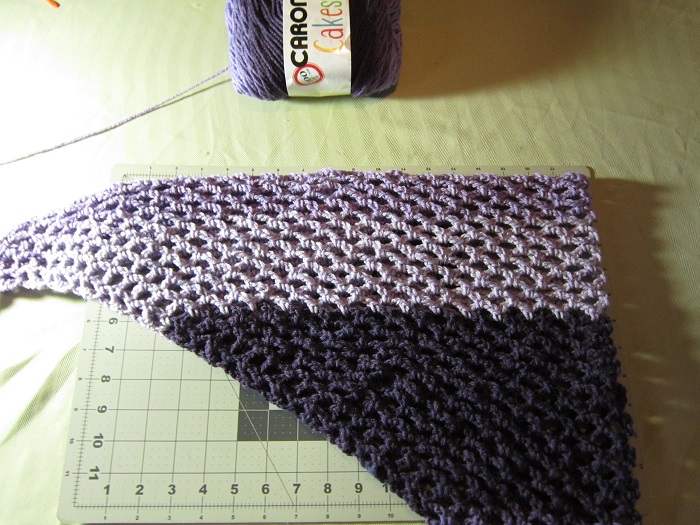 C'mon, what's wrong with me? How could you get bored with a beauty like that? I'm sure this a pattern that the crochet world is going to love. And I know exactly what's wrong with me: I'm going stir-crazy. Rip van Winkle is still driving my car, and we haven't fixed his truck or mine yet. Every day I'm stuck here, with more and more thunderstorms every afternoon. And he's the only one I can ask "how does it look" and receive an immediate response. 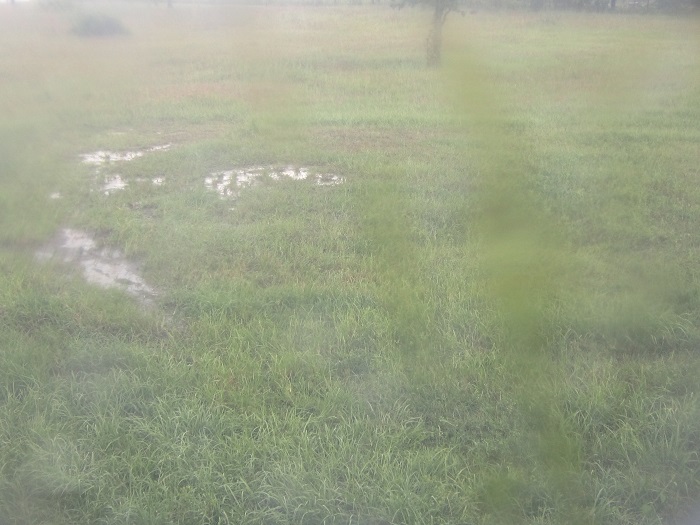 His feedback is as muddy as our yard. I'm not blaming him or expecting any different. He's not a yarn junkie, a fashionista, or anywhere near fashionable. I'm asking the wrong person. It's one of those lessons you have to learn as a crafter: Not everybody will appreciate your craft. It doesn't always mean they don't like what you made. It's just that they have no opinion, so you shouldn't look for their approval. Look for the sprinkles on the Cake instead, and you might find a sweeter ending.