More than ever, I feel like Karma is biting me. Since that Russian Join tutorial where I taught you that fixing a knot in your skein can be a simple task, I've ran into a knot in every single skein that I've worked with.


This is where I should remind you that these things happen from time to time, and we just have to deal with it. Still, it's happening to me a lot after that tutorial... So, between my last few posts and this one, it might sound like I'm saying "don't buy this yarn", but I'm not. I'm just saying that I'm having some bad luck, and I'm frustrated. It's like "REALLY? Is this what I get for telling you to repair your knots?"


Aside from that, it's actually causing me to be more productive... I think. Being sick of finding knot after knot, I rushed to finish my fuzzy blanket. Instead of being discouraged, I took on a "get it out of here already" mentality. And in the course of working on it for a few nights, I finally used up what was left of the fuzzy yarn: 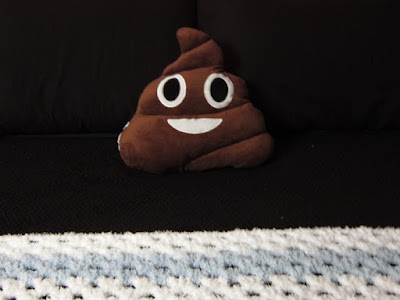 Now, wait... Where's the big finish photo, and why does 💩 seem to be the main focus in the picture? Call it artistic suggestion, because that's kinda how I feel about my "big finish". It's not big, and it's not finished. Yes, I used up what was left of the yarn, and I guess I have a usable throw blanket, but it's not quite big enough to go all the way across my bed like I wanted. But OMG, stop being so pessimistic, right? Here, have the "big finish" photo: 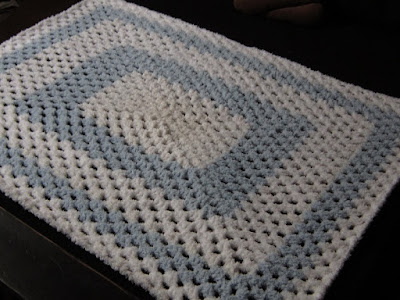 That's some progress! But, I messed up... I realize now that my planning was off when buying more yarn for the project... As you crochet in the round, each additional round will take a little more yarn than the last. I had guessed that I'd get six rounds out of a skein after the center block, and I only made it through five. After that, I continued getting one less round than I thought I would... 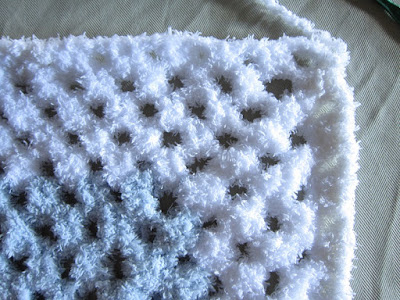 And even had to use scrap from another ball to finish five rounds after that color change. Now that I have a better idea of how much it will use up, I think two more skeins will get me close to the size I want, but still not enough - I'll need four more skeins, and I'm not sure if I want to invest that much in this project. For now, it's bound off, and I'll call it a finished throw until decide whether or not to get more yarn. It might not be turning lemons into lemonade, but it's keeping them from spoiling at least.


In my frantic goal to reduce my stash and get reorganized, I practically threw that blanket aside to pick up something else. There's more yarn to use up, after all! But, how does that fit in with getting rid of some WIP's? I sat down with a skein of Loops & Threads Facets, and worked up a gauge swatch. 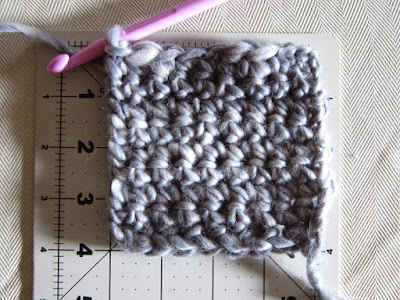 Then I began working on a new square pattern for what I thought would be another blanket. The plan was to get two skeins of this new yarn, test them out, then maybe make a blanket... But then I'll run into the same problem of needing more yarn! Perhaps I'll just turn the squares into a scarf.


Regardless of what they would become, I continued working up squares. After making four from the skein, it's looking like I'll only get two more squares out of it. Bummer - That won't even make a scarf, so maybe it will be a cowl. Still in my "run with it" mentality, I kept working... Until this: 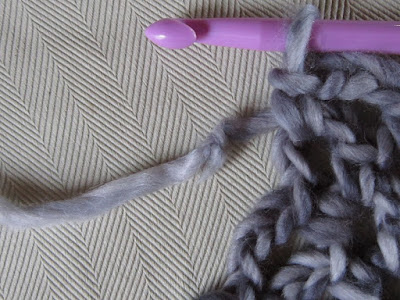 Ugh! Being new to this yarn, I'm not sure if the Russian Join will work to repair it. I had the same fear with the fuzzy yarn, but it worked out fine, so I'm hopeful. But unlike the plied mess of fluff, this bulky yarn seems to be a loosely spun single: 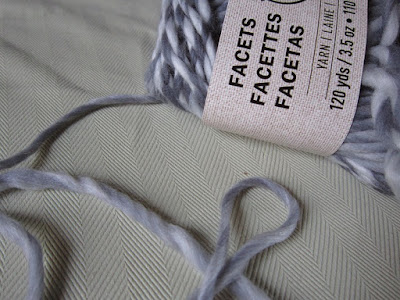 I'm not sure if I'm right about that, because it changes appearance throughout the skein. Some of it is so loosely spun that it will pull apart, and other parts look as if they are plied. I think those two-color parts are just a single that is spun with two-color roving. I'm short on time, so I'll be investigating that later today or tomorrow. There will be an update about the yarn and whether or not the Russian Join worked in the near future. Either way, I was tired then and afraid to try the method on it, so I threw it aside for the next project.


I'm sticking to a simple design to use up my stash: Giant granny rectangles. I grabbed the next victim from the bag of new yarn. I didn't work up a gauge swatch, which left me ripping out the first few rounds and reaching for a bigger hook size. Once that problem was solved, I immediately fell in love with Bernat Baby Blanket. 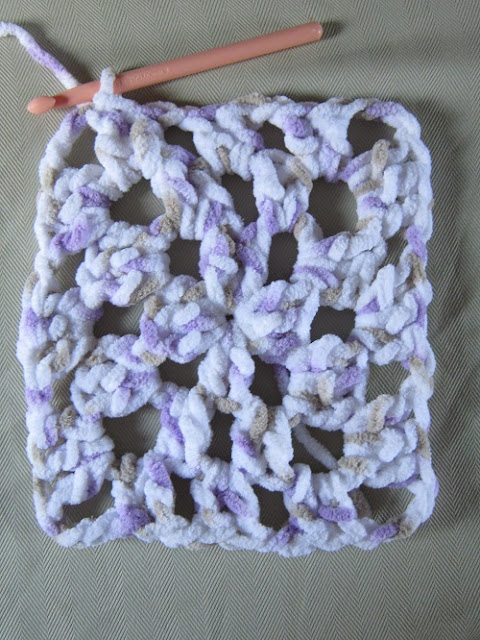 It's so soft and fluffy! Just like the last fluffy yarn I worked with, but without the fuzzy bits left behind. (Plus, you can actually see your stitches.) And the super-bulky weight makes the project grow so fast! Oh boy, was I happy and enjoying that experience. Until... 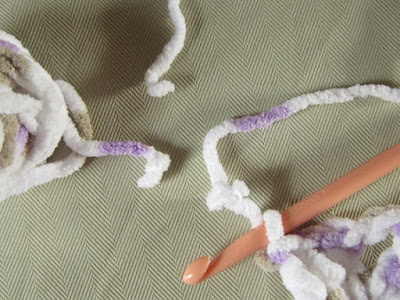 Yup. I was nearing the end of the ball, and ran into a knot. With so little left, I thought I'd roll up the mess that once was a skein before repairing that knot. Before I finished, I found another knot. Needing another skein or two to finish the project, I considered calling what's left of this ball "scrap" and continuing with a new one. The Russian Join might be a great way to repair yarn, but I'm getting a little tired of having to prove it.


Is it bad luck when purchasing skeins, or does my trouble-causing Troll hop in the bag the second I get my yarn home? I don't have the answer, just the problem. I'll have the solution, too, if the Russian Join works on that loosely spun yarn. Now that I've talked out my frustrations, I'm a little more enthusiastic about getting to it. Since Rip van Winkle is once again napping (really?) and I have to wait for the company he's expecting (really.), I won't be going yarn shopping like I had planned. I better get done with this scarf/cowl/whatever, so I can start another blanket from the rest of the stash. Really!