No, I Won't Eat a Cheeseburger

*This post does contain some mild and censored profanity, sorry for that. It's just part of the story, and you know I don't usually include it.

Do you mind if we take a minute to discuss one of those things some people don't like to talk about? Sizes. There are all different shapes and sizes of people in the world, and I'm one of them, just like you are. I want to know why rules apply to some, but not others. Something happened, and I've just had enough of too many comments from idiots people who think I'm "lucky". So, we might be going into a dangerous area where I'm about to spew more words than I should, but this is a subject worth spewing over.


I could ask "what's your size?", but I don't really care... Not because I don't care, but because it doesn't change who you are as a person. Whether you are big, small, short or tall, I'll still like you (or not). Unfortunately, the rest of the world doesn't always think the same way. Due to that way of thinking, I've hit another roadblock in my design ideas along with my plans to observe Patriot Day.


Here's the quick explanation of my problem: I've been focusing my designs on things that are versatile for everyone; to include as many people as possible in my patterns. I'm smaller than most, and have a hard time finding clothes that fit. So, I got the bright idea to start focusing my designs on people my size... But apparently, that's a "bad idea". It's hurtful to bigger people. Another person who saw my shawl wanted to know where they could get a larger size. "Sorry" I said, "I made it for myself." She told me that I'm being insensitive by not including plus sizes in my designs. 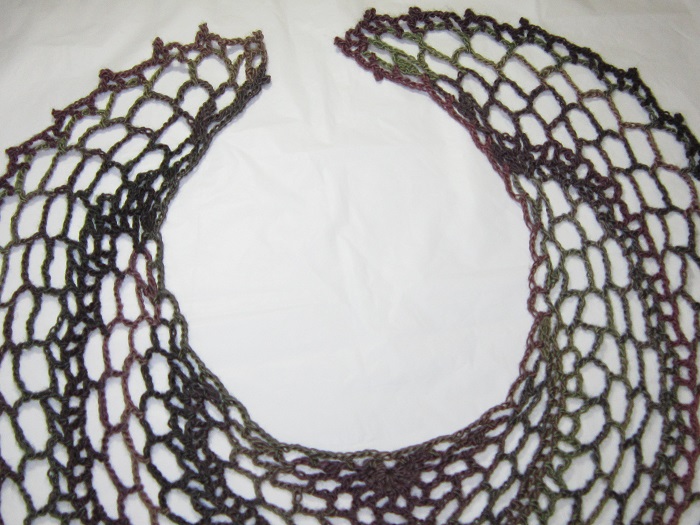 I was then told how lucky I am to be so small; how great it must be to wear any clothes I want; I'm so lucky to be able to eat whatever I want... And that I should think more about bigger people's problems. Then I was told I should go eat a cheeseburger.


AND HOW IS THAT NOT INSENSITIVE? 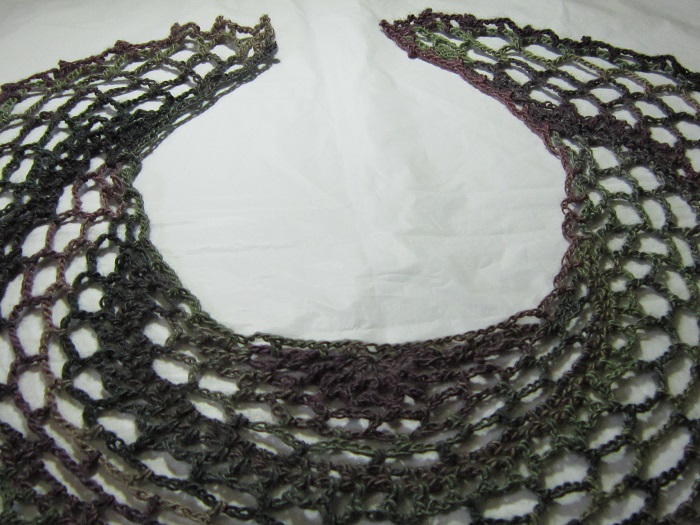 Let me give you the rundown on what it's like to be me: I'm not skinny because I work out or I have an awesome metabolism, I'm skinny because I have a DISEASE! I used to be an average size. When I developed rheumatoid arthritis, my appetite disappeared. (RA isn't just arthritis, if you didn't know; it's your immune system attacking your body.) Never the kind of person to eat when I'm not hungry, I actually have to be reminded to feed myself sometimes. Because my body has no store of fat for energy, I occasionally faint from not eating. The girl who used to haul 100-pound transmissions out of cars has now wasted away to a stick that can't pick up 30 pounds. I had to give up my career. And when I do eat, I can't have the things that most "normal" people can have... Do you have to worry over whether or not you can eat a Pop Tart? Allergic to food coloring and more, just going out for dinner causes me anxiety.


I'm sorry for the rant. There was another event that happened a long while back that made me really sensitive to this subject. Out shopping, I passed by a very large woman, and didn't even look at her until I heard her whisper as she walked past: "Skinny b****". I don't even know this lady. We crossed paths a few more times through the store, and each time she whispered something: "Skinny b****, whore, little -c-" Yup, she was one nice lady with an extensive list of things to say. And oh, she did NOT just use the "C" word on me... Leave it to me to almost get into a fight in Walmart, because I snapped at that last name-calling.

"WHAT IS YOUR PROBLEM?" I couldn't take any more of feeling like a bullied child while all I'm doing is trying to get some groceries.

"You're too skinny" she replied. "You should go eat a cheeseburger or something."


Argh! If only she knew that I had recently been over in the clothing department, checking to see if they had any jeans in my size. They don't. I just needed some cheap jeans to work in the yard, but Walmart's sizes start at 4. I'm a 0 or a 1. They sell size 28 jeans. But, not my size.


And I know that bigger people have to endure comments and stares from other equally-rude walking rectums. I'm not trying to diminish the problems they have to face. Short people, tall people, dark people and light people are all at risk of "being picked on" by someone who is different from them. I'm just trying to point out that it's not fair to think that someone is "lucky" because they have something you don't. And it's not fair to expect me to design a plus size when I'm making a shawl for myself.


What about one-size-fits-all projects? I have lots of those... I have side-projects, like my latest hat, that stop the progress of my for-sale patterns. I'm busy trying to translate my chicken-scratch notes into a free pattern for you all. What an inconsiderate person I am. 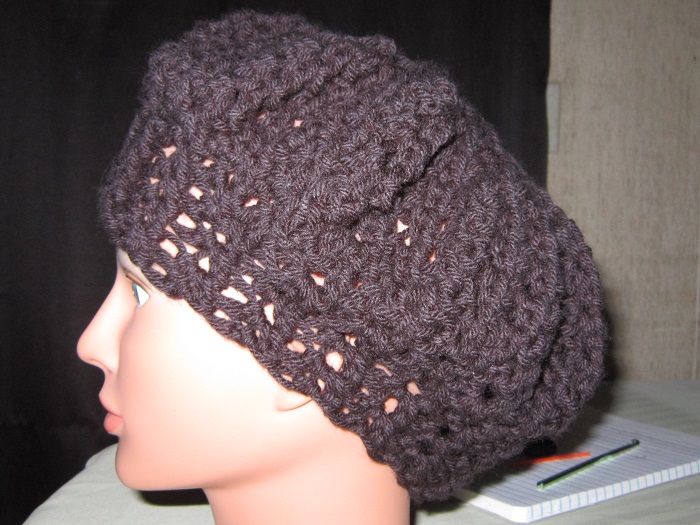 I did have plans to work up a larger version of my shawl... But since this one was for me, I didn't do it yet. I had been so happy when the coffee barista praised my work yesterday! It really hurt my feelings to be called "insensitive" over it by the next person. After all, there are entire pattern websites dedicated to only plus-size designs... But not many designers include instructions for size extra-small. Check this out:


And please, check out more than just the top results. Which one of those contains links relevant to the search? I want to change those search results so that "petite size crochet patterns" are actually the first things that come up when you search those words. But I will design plus sizes eventually, too. I just need to make myself some clothes, first! I don't think I should be called insensitive for that. 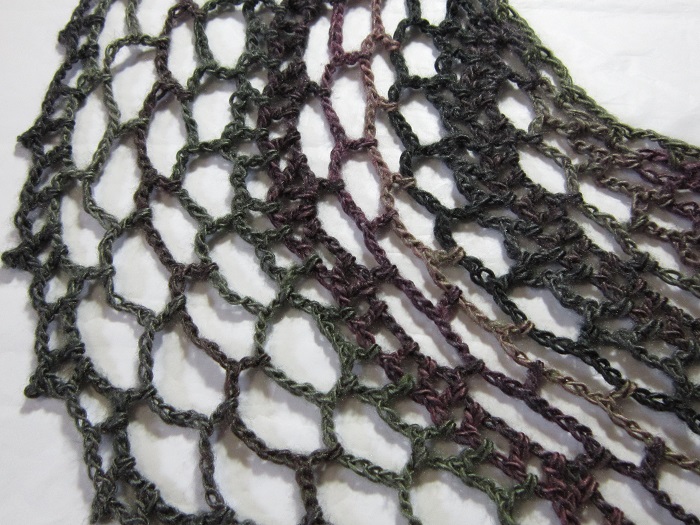 I guess I just thought about it more than I should, with this week leading up to 9/11... Now known as Patriot Day. Patriot: -noun- "a person who vigorously supports their country and is prepared to defend it against enemies or detractors." Patriot Day: A day to remember the deaths of thousands of people in a horrible act. It's also the National Day of Service and Remembrance - The day to honor those who were lost when they stood up for the call to action after the events. A day to be an American, support each other, join together, and spread love along with our remembrance.

That's what I had been thinking about: What could I do to honor someone on this day; what I could write to help raise awareness... When this lady accosted me with her rant about how I'm a bad person for not making clothes in her size. With her selfish act, I became selfish myself. All thoughts about remembrance vanished, for I was immersed in wondering if I had truly done wrong as I steamed in anger. That's not patriotic. That's not remembering. That's just being self-absorbed.


And that's a lesson in how negativity can roll downhill and spread like wildfire.


Okay, my rant is almost over, and I hope you understood that I'm not trying to offend anyone. I've just heard too much. In the last week, I've been told by three different people that I need to gain some weight, twice to eat a cheeseburger, and asked once (but not for the first time) if I was doing drugs. I even had to endure the extremely rude comment of "ya know you'd have bigger tits if you put some fat on yer ass"... No, moron, then I'd just have fat on my ass. But not one person has said a word about Patriot Day. It makes me sad and just a little ashamed to call those people Americans.


I remember that day... I'll never forget. A naive teenager, sleeping late of course. Waking up to the radio, always tuned to a rock station that was known for prank skits, I thought the news had to be a joke at first. Turning on the TV, I knew no one was kidding. "How could this happen?" I thought. "We're in AMERICA. We're supposed to be safe here"... And with that, my life changed forever just like everyone else's. A young girl aspiring to be a pilot now became afraid of planes, and dreams were crushed like the rubble of the aftermath. The events of 9/11 ended lives, changed lives, and saw new lives emerge... The news of the birth of my only niece was overshadowed by news of falling towers. No matter where you were in America, the news of the attacks affected you in some way. Maybe more Americans need to remember that feeling of standing together as AMERICANS like we did that day, instead of busily ripping each other apart for our differences.


PS: Have some fluffy goodness after all that... 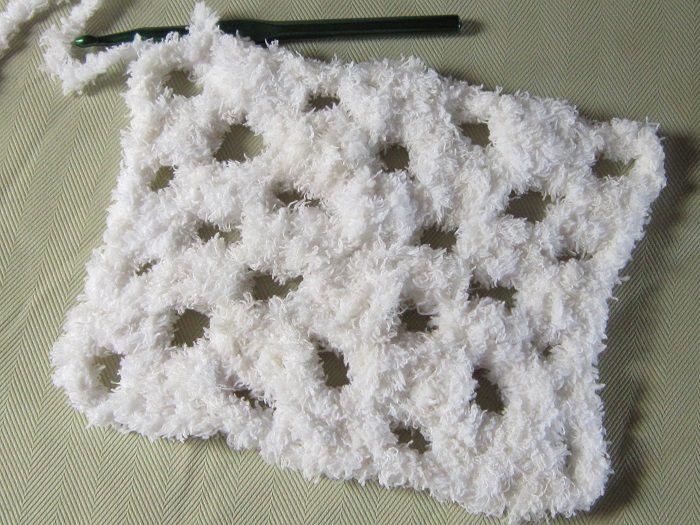 I need ya'll to help me stay motivated on this one! I'm getting tired of cleaning up fluffy bits. It'll be a free pattern when it's done!