Have you ever been eating a bowl of spaghetti, and no matter how much you eat, it seems like there's more and more in the bowl? (Well, I have that problem at restaurants that pack the noodles in there, but not when I make my own...) At first, I'm like "Yay, spaghetti!", then it's more like "wow, that's a lot of spaghetti", then it ends with "OMG, no more spaghetti". This yarn is like that. 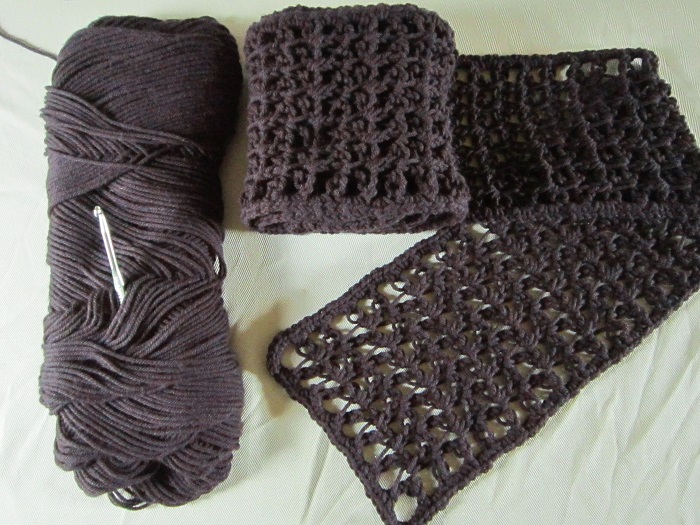 I had a bit of Caron One Pound left over and decided to use it for my Grannies in a Love Triangle shawl. But, I ran out before I finished it, so I had to buy another skein. I don't think I used even 1/4 of the skein to finish it! Now I have what's left sitting around, and I didn't feel like putting it back in the stash. I sat down over the weekend with the intentions of using up the skein... 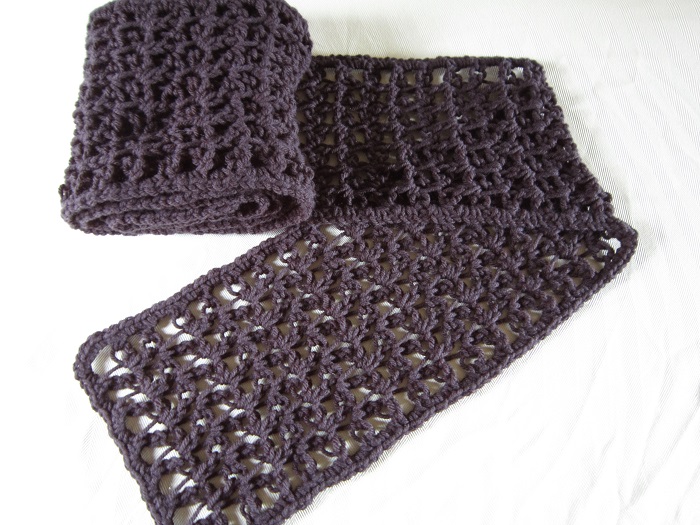 And a scarf was born! You can't beat the Love Knot for getting a project done quickly. I worked row after row of simple square mesh... And the skein didn't shrink. I planned on making an extra-long scarf, so I kept working... The skein continued. When it was long enough to almost reach my feet, I thought it was time to stop... But there was still yarn left over. 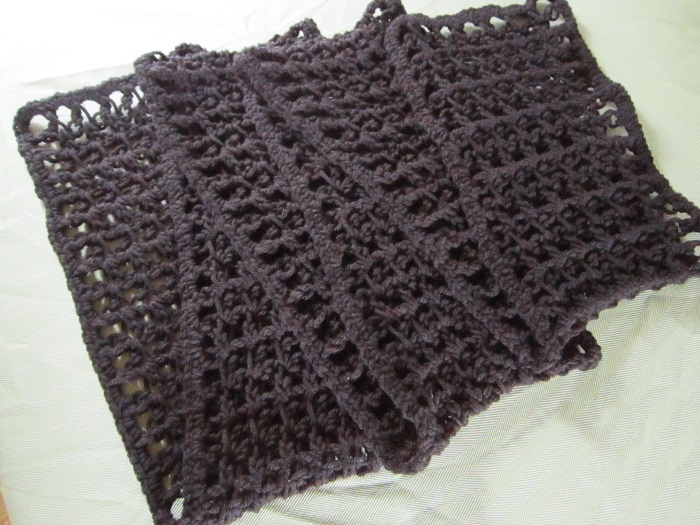 The scarf came out to around 9' (2.7 m) long, though I haven't blocked it yet. It's a great simple accessory to have, since black matches everything. And being so long, I can double it over so that it's like a cowl and a scarf at the same time. The lacy texture is great for slightly warmer weather, but the worsted weight yarn has me sweating in the Florida heat. 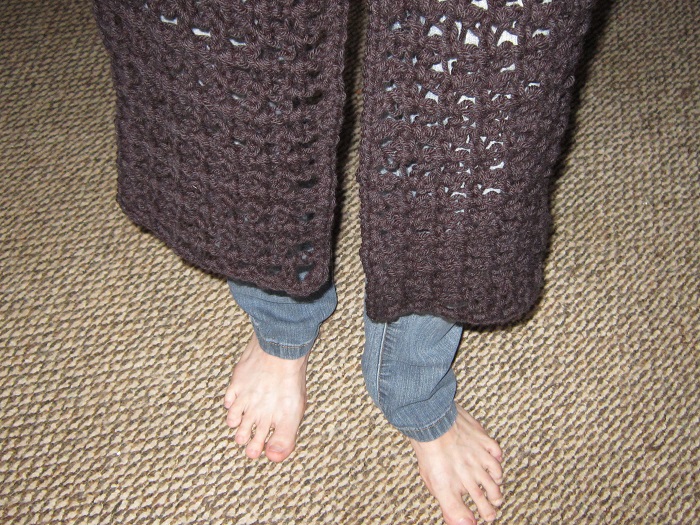 Actually, it's been pretty nice lately, when it's not raining. Fall seems to be upon us early, so I'm glad to have my scarf. It's perfect in the too-chilly-for-me air conditioning. Maybe it's simple enough to not attract those stares of "Why are you wearing a scarf in Florida?", but I bet I'll still get some stupid comments from someone... I think I'm going to stop letting that bother me, and be more proud to wear what I make.


Because how can you not be proud of whipping this up in less than two days? 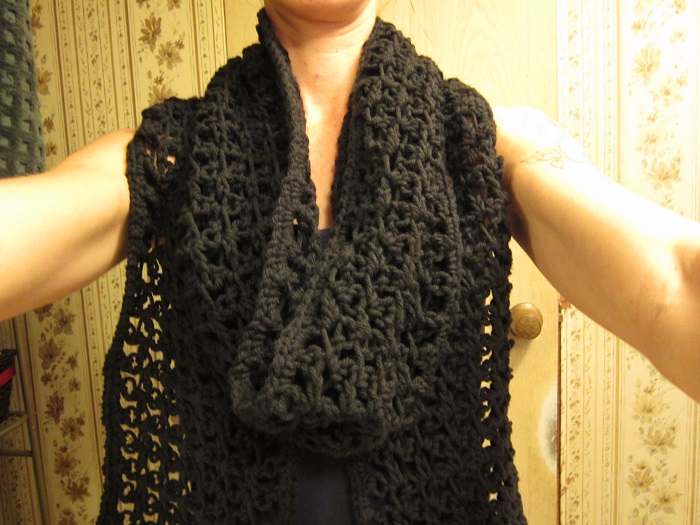 I wanted to write about another scarf, but I hear thunder in the distance. I know I'll have to shut down again soon, so we'll just have a short post today. Yes, there will be a free pattern, but I need to take care of some backed-up projects first. And HOLY COW! This thunderstorm is part of a tropical storm? Maybe I should have put my hook down and watched some news! Now, what to do with what's left of this skein? 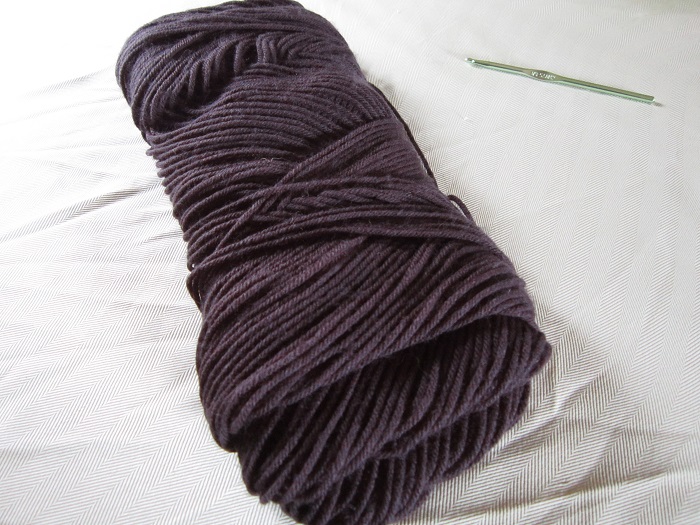 Guess I'll have to make a matching hat... 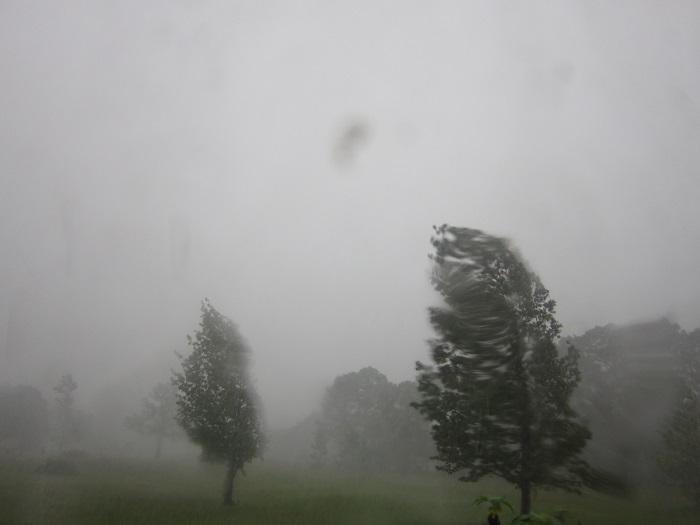 Like I said, guess I'll have to make a matching hat...

*An update after the storm: We got by with a couple of short power outages, some minor flooding, and had to chase down a few things that blew away, but we got by safe. The northern part of the state and the east coast definitely felt more of Hermine's wrath than us.*