A Hit and a Miss


I've been hiding my little side-project from all of you, and I think it's time to stop being so selfish. Although work continues on Mom's Afghan, I can only sew on one flower before it starts to drive me nuts, so progress is slow. On my breaks in between, I've been trying to finish up some WIP's. One is the giant plarn mat for The Kid's room - which I've already shared - but it's nothing special to look at, so I haven't been keeping up with progress about it.


And the other WIP is Super-Secret Project X. This project is actually a pre-design to another design I'll be selling. I got half way through making the squares for my design, and realized I liked it better with a slight tweak to the pattern. I already had half the squares done, and the original pattern came out pretty nice, so I figured I'd keep working on it and let you all have it as a free pattern. You may have already seen the pattern for the squares I'm using... Now, here's a little sneak peek at what I'm making with them: 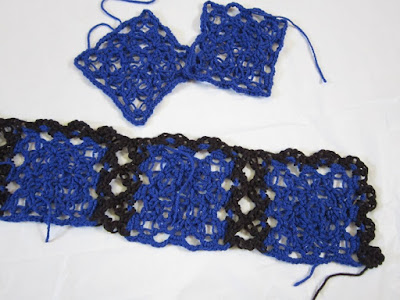 The free crochet pattern for this square was a disappointment, to be honest. I was thinking "Wow, I made this awesome, interesting, original pattern, and everybody will love it". I thought my pattern was the freakin' bomb. So, I published it. It bombed, alright... Sure, I got some positive feedback and some shares, but comparing numbers to my other patterns, this one was just sad.


But that's okay... I've seen this happen before, and I should know better than to set my expectations so high. The patterns for my other squares are never as popular as a full project. I love to publish the patterns for squares and motifs alone, and suggest you use your imagination to create your own design. However, numbers show that the majority of the public wants to see that square used in a project. Well then, how's this? 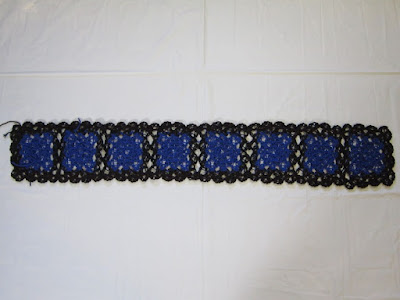 I know, it's still not complete, but it's nice, isn't it? I'm joining the squares with a join-as-you-go technique, using the love knot stitch. Since I'm using this pattern to experiment for the "for-sale version", I used a bit of a different stitch pattern than the one in the square. I think it makes a nice design in between the joins. 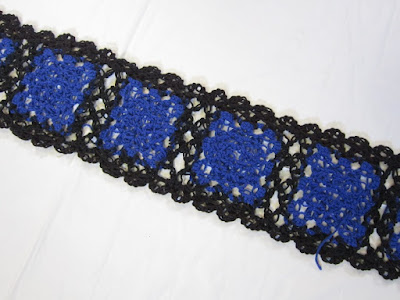 It's very rewarding as a side project, because the large love knots make it grow quickly. But in my exhaustion I became stumped on my own pattern. On paper, I had it planned out. When I came to the opposite side of the strip, I couldn't figure out why my corners weren't a symmetrical match to the other side. 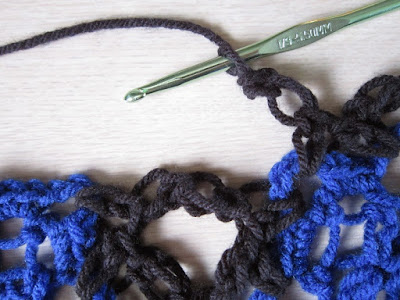 Either I got enough coffee or sleep to figure it out, because it finally clicked. Oh, was that one of those "DUH" moments... My corners did match. All I had to do was make one simple slip stitch, but I hadn't marked it as one on paper. 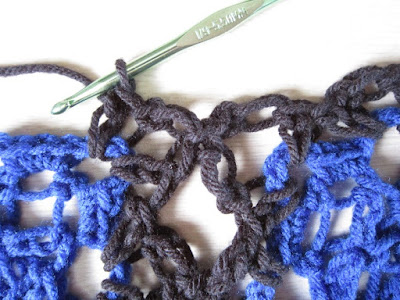 YAY! So, I got past that little bump in the road and continued working. I finished the strip that you saw in the previous photos, and started the next. I got all the squares joined, but it became clear that I would run out of the yarn I was using before I finished the border. Instead of letting it become another figurative "bump in the road", I got my butt on the real road and picked up another skein. I was excited to make the join, continue with the strip, and get closer to the finish. Then I found the mistake I made at the beginning of the third square: 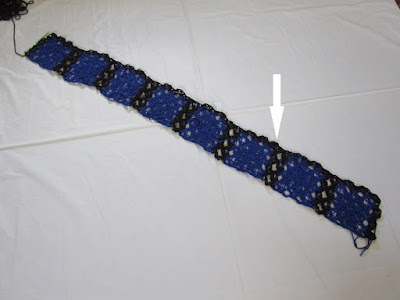 BOO! And I figured that if I have to take it that far apart, I might as well take it all the way apart to start with the new skein, and not have another end to weave in. I'm going to have enough to deal with when the project is finished. Then I thought I should go ahead and take the time to weave in the ends on my squares, so I could take some prettier photos of a strip. But the sun went down before I got them all finished. Since I wouldn't be able to take new pictures until the next day, I thought I might as well create a tutorial while I'm at it.


I guess my mistakes are leading in a good direction, but I realize now that I made another. Since I deviated from my original design idea, it changed the width between the squares; the wrong way in both directions. A pattern that was originally going to be three rows of seven squares will now be two rows of eight. And what that means is that I owe a big apology to anybody that followed along and created the 21 squares I was calling for. I made them too, and I'm considering turning my extras into some kind of wall art.


Depending on your size, you could stick with the three-row design, and make three more squares - I think it will be too short width-wise if you don't. I wear a size extra-small, and sometimes that's too big... Any of your average t-shirts in size medium will go past mid-thigh on me, so maybe a shawl three rows long would fit the average size person the right way. It's just too long for me, and I don't want to look like I'm wearing a blanket. 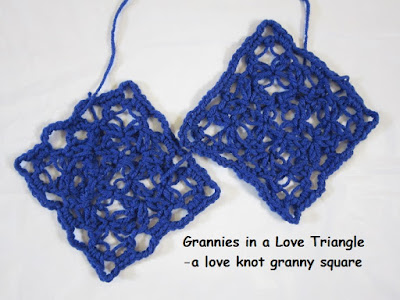 You can find the pattern/tutorial for the square here. I promise the design won't change again. It's safe to continue. It's actually done already, but I still have all that wonderful computer work to do before it can be shared with you. I hope to have the tutorial for the whole project posted soon, but I don't make promises anymore. You never know... I might get distracted and sew more than two flowers on the afghan before needing a break.