I told you it was coming soon... Yesterday, March 21, 2016 - So here I am, once again, bawling like a crazy woman out in my yard. Tater would have been 9 years old in May of this year. He collapsed in the hallway the night before, and when I tried to get him outside in the morning, he collapsed on me. The Other Half took the day off of work, and we started making phone calls. 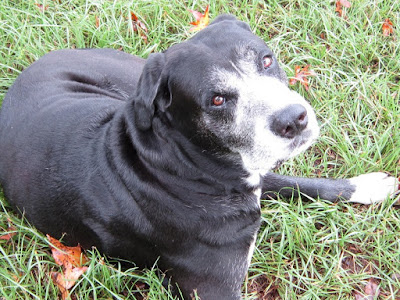 In his lifetime, he destroyed two doorknobs, an entire wall, every windowsill in the house, an armchair, and the ego of every person that thought they could walk in our yard. The biggest dog cage they sold wouldn't hold him. Two parts Boxer and Dalmation, one part Great Dane... And 150% sloberfest. 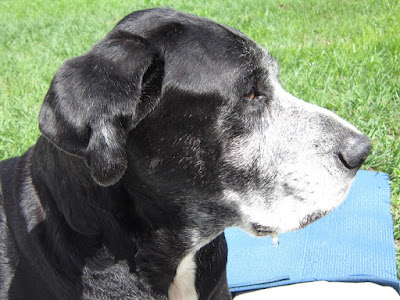 He was a living terror, but he was still my doggy best friend. He broke my toe at least three times, bit me a few, and dislocated my shoulder once. The last thing he broke was my heart. Well over 100 pounds, we couldn't get him in the car even with three people. It took a livestock vet to come out and take care of him, so we sat with him all day under an umbrella to keep him shady until they made it. It took the neighbor and a tractor to create his final resting place. 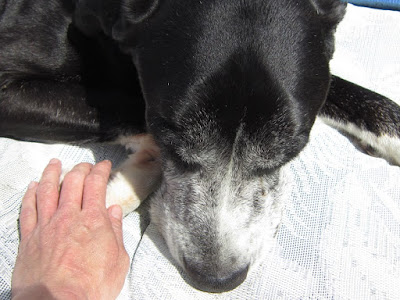 So today I'm sore of body, mind, and heart. The only comfort I can find is that I know he hadn't slept in days... I know because I've been right there with him the whole time. At least he can finally get some rest. I feel like I never will. It helps that The Kid is home on Spring Break - She's a cat person and completely unaffected by the loss, so life goes on with her around.


And jeez, can it get more depressing? I lost my grandma last week, too, but after surviving a stroke and nearing 100 it was something we were all somewhat prepared for - As much as you ever can be for losing someone. It's just the two losses back to back that now has me stretched thin and worn down.


Unless things manage to look brighter for some grand reason, I don't think I can continue to blog or crochet this week. I don't know, maybe The Kid and I can work on that giant plarn project... But I just don't feel like doing anything right now other than trying to rest - And perhaps a ton of cleaning, because every time I turn a corner and find something of his I break out in sobs again. 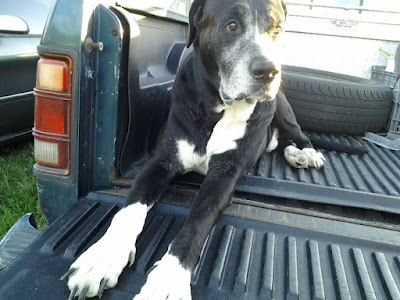 The Beginner's Series of tutorials and all patterns are on a temporay hold, and I'll try but I'm not sure if I'll be participating in any of the usual Link Parties. We'll see, maybe some distraction now and some work after a few days will help. I know I have my beginners waiting for that pattern/tutorial I promised, so I'll see if I can at least work on the finishing touches and get it up by the start of next week.


Thanks for listening. I don't have anyone that I can really share my grief with, so I'm sorry I dumped it all on you. Some of you awesome people come looking for me when I'm not active on the blog, which is cool. I just wanted to let everybody know what's going on, so you don't think I fell off the face of the earth or anything.

I truly wish you Happy Crocheting as always, I just don't have the energy to put it all in bold letters and add that happy exclamation point. If you have a dog, and especially if he's a giant slobbering mutt, give him a hug for me today. It's not fair that they don't live as long as us. 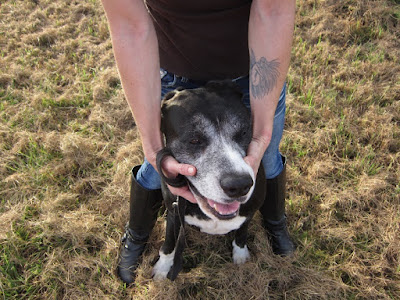