Pouring Your Heart into a Pattern


Sometimes a pattern is more than just a pattern... Sometimes it's a way to express yourself, relieve stress, or send good wishes to another. We can simply make a pattern, or we can pour our hearts into the creation of it. Prayer shawls are a great example, for they are made while praying for the recipient. (Get more info on prayer shawls here.) 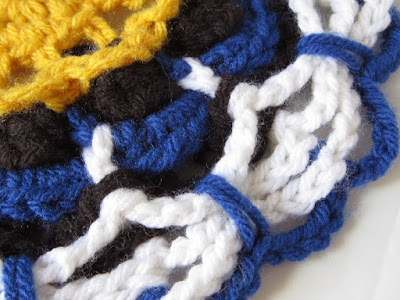 Here's where I'll admit to those things we don't always like to talk about: I don't pray. I have no spiritual beliefs. Does that make me a horrible person? I think... No. Because I live my life straighter and more righteously than some people who have tried to drag me to church while calling me a bad person. And does that mean I shouldn't make a prayer shawl? I think... Yes, I can make a "prayer shawl". Because whether you believe or not, you can still pour your heart and good intentions into your work. You can still wish well for someone. Surely that energy carries on, no matter what you believe in.


What I do believe is that a "prayer shawl" doesn't always have to be a shawl, or a gift to someone else. It can be any item of comfort. The pattern could be a scarf, a blanket, or a toy. It can also be any other item you chose, if you're making it to comfort yourself. Just as you can wish good intentions for others while you create a prayer shawl, anything you crochet is a chance to pour thoughts into every stitch. 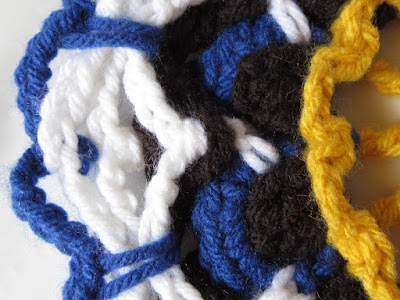 I'm working on a small, but really sensitive pattern that expresses just that: All of my thoughts. All. Of. Them. I've taken some pretty hard hits lately, and I sat down to create a pattern that conveys my feelings. I'm sure my lovely readers have noticed my constant complaining a downward spiral of bad situations going on around here, plus there's more personal issues that I don't talk about here on the blog. Sometimes I fear for my sanity, but I know I have the power to pull myself up again. As I designed this pattern, I thought about why some things bother me so badly, like when I was attacked on Facebook for my work on the World's Biggest Stocking. I reflected on the sadness that got so much worse after the death of my cat. At the center of it all, I took inspiration from the person the pattern was dedicated to. 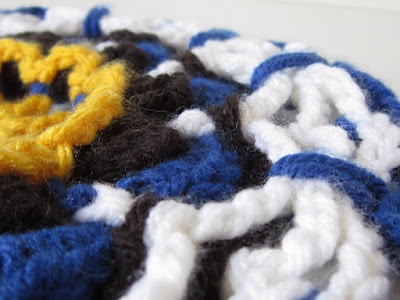 I was affected deeply by the loss of Wink from A Creative Being. It seems selfish to say, because I never knew her personally. But she was so much more than another online entity blogging in cyberspace. She was a beautiful but troubled person, and I hoped more than anything that she would win her battle. Ever since Wink moved on, I've been fighting with more and more problems that could potentially drag me into the same situation as her. This pattern is part of how I make sure that doesn't happen. It's just a small mandala - nothing majorly special. But it's a Mandala for Wink. And it's a mandala for me. It's a mandala for the millions of other people out there that get pushed to their breaking point time and time again... 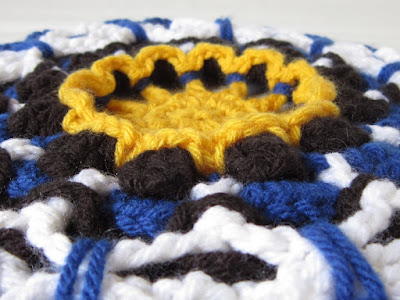 It's a mandala that I stopped working on. Temporarily. I had pulled it together. I was in a "good place", able to concentrate on my thoughts and make sense of them; concentrate that energy into my project. Then there was a phone call. That innocent phone call that the Other Half makes once in a while when he has a break. We talked about his work. Then we talked about my work. It was a five minute phone call that was coming to a close with "Okay, I gotta go"... Then one sentence was added, like an afterthought: "Oh, hey, I just wanted to let you know Dean-o killed himself."


An old friend - No, a great friend... But one I haven't talked to in a while. That phone call left me dumbfounded. Angry. Heartbroken. Wondering. I was just talking about him just the other day, how much I missed him, and I wanted to get hold of him. Why? Why did he do it? If I had gotten in touch with him sooner, would it have made a difference? And as always, on a selfish note: Why did the Other Half have to drop it at the end of a phone call like that, to leave me sitting here crying my eyes out, with no one to talk to?


The point of the energy going into my Mandala for Wink was to show the problems we face, how to acknowledge and accept our pain, and how to use what we have to overcome it. Every bit of that energy left me with one phone call. I felt like someone had knocked the wind out of me with a baseball bat. The Other Half doesn't understand that although I haven't seen my friend in a while, I've thought about him often. He was another tortured soul that shared many a tear with me, and I've looked back quite a few times to wonder if he's okay. Because when I wasn't okay, he always had a great-big Dean-o bear hug for me that was sure to make it better. I wish I could have done more to return the favor. And I wish I could bring him back, to tell him that if he thought he was alone, he should have known someone was thinking of him. And because I could sure use one of those great-big-bear-hugs now.


In a moment of darkness, I wonder if there's just no hope. It seems like everything good that comes into my life leaves on a wave of pain or sadness. I'm terrified that someday I'll break, and end up just like them. A religious friend tells me not to worry, "God only gives us as much as we can take". Will you please explain then; who in the hell is giving me all of this? It's more than I can take. I understand the feeling of wanting to end the pain, so you don't have to hurt anymore.


But... I understand all to well the pain that such things leave everybody else in, and I don't want them to feel this way too. So maybe there's a glimmer of hope behind it all in the end. My Mandala for Wink is back in progress. Because I realized that what I said earlier isn't true... I do have somebody to talk to. When others turn to friends, loved ones, or God... I turn to my crochet. That's who I "pray" to. My stitches represent my thoughts, prayers, and friends. The story behind the pattern will still stay the same: A lesson in how and why to let go of the negativity. The tale just has another round of darkness added to it. This time, I'll keep my stitches closer. Surround them with more brightness. Weave in the ends with extra-long tails to make sure they never unravel... And re-dedicate the pattern. My Mandala for Wink was partly for myself as well, but not anymore. I don't need it. My Mandala for Wink is now for Dean-o, too. And all the rest I couldn't save. I know I'll be okay, because I have the power to fix myself. I just wish everybody else did, too. 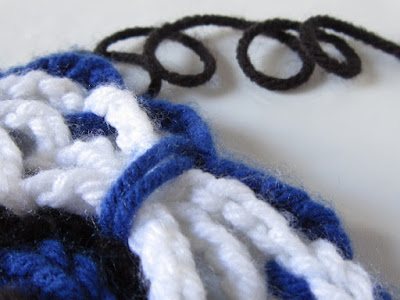