How To: Modified Bobble Stitch


Soon there will be a new free crochet pattern available using this stitch, so this time, I wanted to get a tutorial together before the pattern gets published. What you're about to learn is a double crochet bobble stitch that's actually more like a linked double-crochet-two-together (dc2tog) and dc3tog. If that sounds complicated, then forget that I said it, because it's just a dc5tog in one stitch, with one extra step.

Did I create this stitch? It's probably been done before, but I've never seen it in a book or pattern. When you create a dc5tog bobble normally, it is slightly triangular and leans a tiny bit. I wanted a stitch that leaned less, plus with a rounded, more symmetrical side. This is what I came up with: 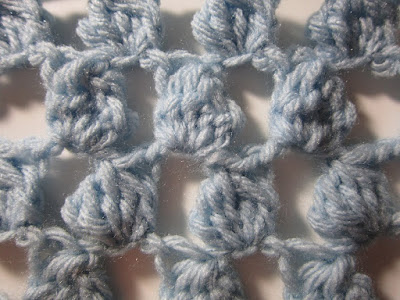 It's very, very close to a normal double crochet bobble stitch. But at the end of the tutorial, I'll show you this modified stitch next to a basic bobble, and you'll see the difference.


Follow along to learn the modified stitch, as well as see how I'll be using it in the upcoming free crochet pattern. If you want to use this stitch in your own designs, you can skip some of the beginning and the end of the tutorial, because you can use this stitch in any pattern you want. For those of you who need help with the Scarf of the Month pattern, keep going to see how the alternating mesh pattern is created. Let's get started!


Because it's made into only one stitch, this modified bobble can be used practically anywhere in a pattern - just beware that your yarn will disappear quickly! Have fun experimenting using this stitch in your own ways.