Things are still hectic around here, so I just wanted to pop in to share the latest video! I haven't had much luck with getting a usable video out of the new camera, but I finally succeeded with a short tutorial for my Confetti Hearts. 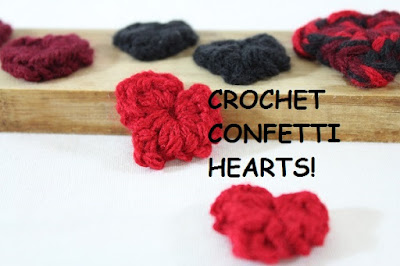 I had hoped to have it available early this morning, but ended up running into YouTube's mysterious 500 error most of the day. Since it got to be a little late, I decided to cut the Valentine's Day message I had added to it. (So, happy "late" Valentine's Day!) While I was waiting for the issue to be resolved, I started playing around with the video editor and learned some things. The changes I've made to my video format are subtle (I think). But I hope they help to make my videos even better, just like the new camera.


I have quite a few videos planned because of requests! So if you're one of those who are waiting, I apologize for the delay. I'm usually pretty quick at learning my new toys, but this one's proving to be more of a challenge than I thought it would be. 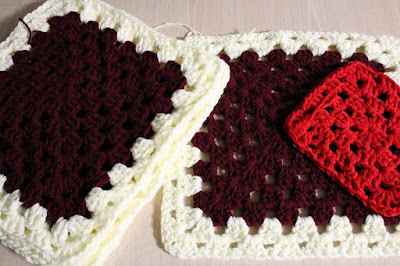 It's only sometimes. But that's how my couch got full of WIP's. And I still want to start more! Oh, c'mon brain, give me a break. C'mon reason, kick in and make me stop this insanity. Of all the times I've been told I'm an intelligent person, I feel like an idiot when I know I have too many things already and I start something else. Sometimes, I just wish life could be easier... Don't we all? 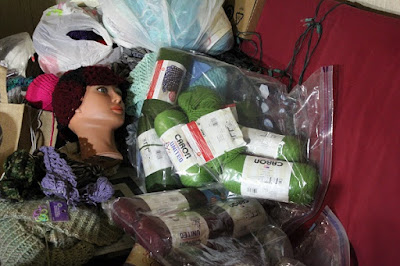 Sometimes I just want to play with new yarn... Okay, so that's an irresponsible choice to make when I still can't see the couch.

Sometimes I just can't work out a stitch count or shape... Working on something else helps me go back to it with a fresh mind.

Sometimes I just need to make some money, so I take in a special order... I won't feel bad about that because then it's work. (Well, most of my projects are work, but ads on free patterns don't make me enough money to survive on my own.) Plus, I actually finish those because I want my money. 😉

And sometimes, I just need an excuse to do something other than laundry.


That is the thing that is going (?) to make me lose my mind now. Rip van Winkle has (maybe) learned his lesson about avoiding the doctor, but I'm still doing load after load (after load) of laundry. I think I've never mentioned that I make my own laundry soap... It's gentle on yarn, my skin, and our budget. I make about 6 month's worth of my own powdered soap for about $6. And lately I've been using that amount in only one month.


(Does that mean I'm really doing 6 months of laundry in a month? No, just 3, because I've been doubling up on the soap I'm using.)

So as men (sometimes usually) go, he's not doing a darn thing to help himself while I'm doing all the work to get him better and save myself from catching his super-bug. Scratch the infection then lean on the dinner table? Sure! Somebody else will disinfect it for you... Leave your pus-soaked laundry sitting around random places in the house it shouldn't even be in the first place? Hey, what's laundry, anyway? Sorry, but I'm getting to be bitter over this.


Sometimes, I just want to scream the F-word. Loudly and repeatedly.


Maybe what I should have said was that my ever-loving husband is about to make me lose my mind. Don't get me wrong... I don't mean to sound insensitive when he's facing a life-threatening MRSA infection, but he's not doing a darn thing to stop it. And it doesn't seem to hold him back until he has to clean up after himself. I caught him picking at the infection, then scratching his belly without washing his hands. Two days later, he developed what looks like (and most likely is) staph on his belly. Now it's spreading to his back, too. I told him if he didn't quit, I was going to make him do his own laundry if he wasn't dead... He told me to stop worrying about it so much.


Sometimes, I just give up.


But how can you give up completely when you're trying to save yourself, too? You can't. When others won't lift a finger for themselves, then I stop feeling sorry for them. But I won't give up on trying to stop myself from contracting this. I just keep following him around with my spray bottle full of essential oils while sometimes catching a glimpse at that WIP-covered couch... Actually hoping I could pick up that project I discarded because I hated it... Finally thinking about where I went wrong on the shaping of my circle vest... Wanting to complete that blanket I was so close to finishing... And not being able to do much other than keep cleaning. 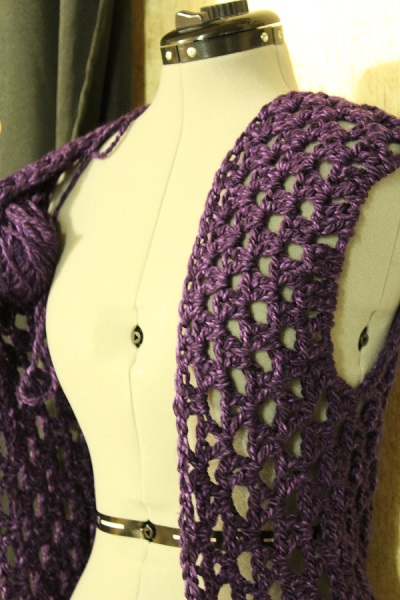 Sometimes, I just want to crochet and forget the world exists.


There is strength to be found in that "I did it" feeling of finishing a project. There is courage in trying a new stitch or method. I need them both right now. There is energy and excitement in working with that new yarn. I could use a little. (Energy that is, not more yarn.) There is only persistence to be found in that next load of laundry... I already have enough of that and I don't need more unless it's applied to uncovering my couch.


Okay, I'm done ranting. Thank you so much for listening. I used to hate writing about my personal life, but sometimes I just feel better when I can spew about a problem. Thank you for being here. This situation has greatly reduced the amount of time I can spend online, and I've been missing a lot of posts and projects from my friends and fellow bloggers. I hope that whether or not I can find my couch (and sanity) again, that you all continue with

PS - Lately, any free time at all is spent learning with the new camera. Sometimes I just have to take a kitty pic for you. 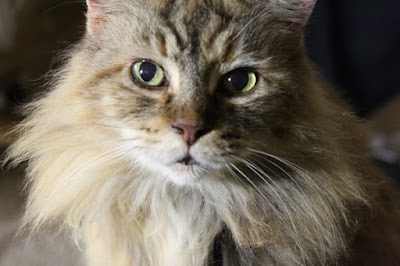