Will I ramble today? Probably, but I'd like to explain that later for my faithful readers... (I'll put it at the end, so you can skip it if you don't care.) Let's get to the main problem: I'm a little stuck in a situation right now, so I'm trying to make the best of it. Honestly? I know I told you guys I'd be taking care of it over the holidays, but only some of my Scarves of the Month have been sent off for donations. The remainder that were supposed to go to Bridge and Beyond in Ohio... Well, they're still sitting here, just like me. 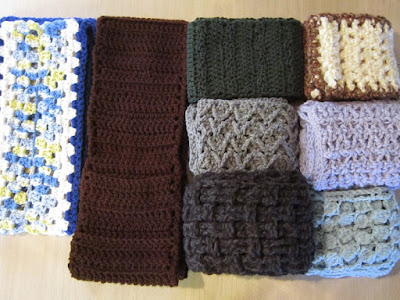 The Other Half is still driving my car. After the surprise-potential-buyer fiasco, he took the tag off his truck, and there it sits. I made him a deal that if he sold his truck and let me use the money to fix my truck, I'll give him my car. Pretty good deal for him, right? The car is worth more than the value of both our trucks put together, but I just don't want my car. I hate driving it so much, that I don't. I'm a confident driver in most vehicles, but for some reason I'm full of anxiety when driving the car. And I keep stomping the floor where the clutch should be and grabbing for a stick that doesn't exist, which adds to my anxiety. Even if he wasn't driving it to work every day, I'd probably still sit here, waiting for the weekend to come so he can drive me to town.


I hate that. (But at least I get to crochet while he's driving!)


So, if it had power steering, I'd drive the hubby's truck and go mail my scarves. Since I can't turn the wheel, it's a little hard to drive, lol. (Ah, ha! Maybe that's why he's still driving the car - He hurt his hand, and I bet he just doesn't want to admit that it hurts to drive! Men...) We were supposed to go to the post office last weekend, but an emergency repair got in the way. Instead of sitting here grumbling about it, I'm doing something better with the extra time. I hopped on the Bridge and Beyond blog to get in contact with them, and I realized that I could provide an extra helping hand... Or two. 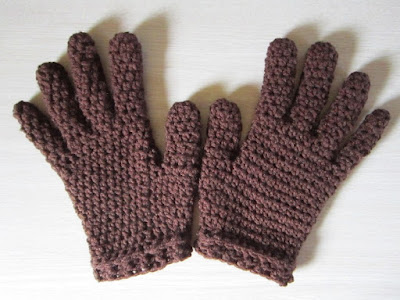 *Side note to self: Remember to contact them again! I've been having computer/internet trouble like CRAZY! It's been a week since I used the contact form on their blog, and I haven't heard back. Something tells me they didn't get my message. From what I've seen in her posts, this lady is on top of stuff. I've sent countless emails and written comments over the past weeks that just disappear (everywhere, not just on their blog), while other stuff still works fine.


Anyway, some of the things I want to donate are a little off of their specifications, so I need to know what they do and don't want. I've also read before that Sandy has pet allergies, so I'd like to make sure she's aware I do have pets, even though I'm going to launder everything one more time prior to sending. I always clean my donations with non-allergenic detergent, and my laundry "room" (shed) is outside, so stuff goes from the laundry to the car - No contact with pets after washing. But still, I had one lady that knew I have cats, and had a "reaction" to a gift... Nobody else (some with allergies) has ever had a problem. I still let people know, just in case.


While I wait for the opportunity to get to the post office, I'm trying to finish an extra small item each day. Okay, so I'm really finishing an item every other day, because it took me a day to make each of those gloves... But the gloves started the mission! To tell the truth, I was designing them for me. But I messed up a little. Not accounting for the stretch of the stitch, the fingers of the gloves are way too long for my little hands. I'm really hoping that Sandy will accept them as a donation, because they're a perfect color, nice and warm, and would surely fit a man with longer hands. 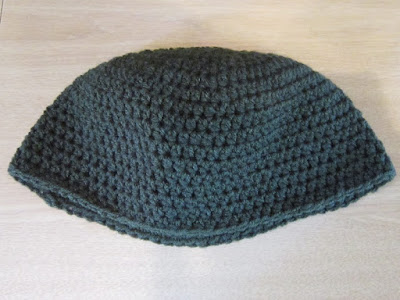 I made a hat after that, with the remainder of the yarn from a scarf. I missed a stitch in one round that didn't cause a problem until three rounds later, so I had to rip it out. Another one-day project sat overnight and became a two-day affair. I'm still thinking of ripping it back to make it a little smaller and longer... Just like the gloves, I didn't consider how stretchy it would be.


After finishing the hat, I started some mittens. I've never crocheted mittens before, so I think they could be better. I've never worn mittens, either, so I really have no clue. The Other Half hails from a snowy place, and he says they're fine. Which, of course, makes me think that they probably couldn't be more wrong. (You should see the monstrosity of a ski mask I made him while following his requests!) Still, they fit over a thumb, and stay on a hand, so I guess they work as mittens, right? 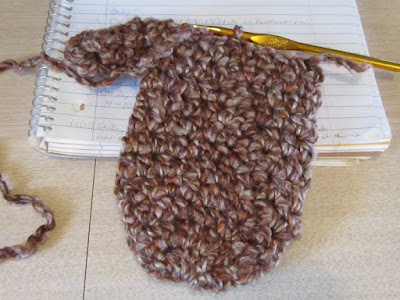 I'm still working a little at a time on the pile of WIP's I cleaned out of the chair. Mostly, I stuffed them in a plastic bin. At least they're off the chair! No, seriously... At least I'm getting these smaller items for donation finished, and they're not just becoming more UFO's. And the bigger, more labor-intensive projects, well... They'll get done, a little at a time. I'm a bit overwhelmed right now, so I'm finding it difficult to finish large projects.

Being able to add some extra items to my donation seems to be more important right now. Not only am I more motivated about the smaller projects, I'm also cleaning out more of that yarn stash. After reading on their blog that gloves and mittens are severely needed, I have an idea to re-dedicate the Scarf of the Month program to making gloves this year. I can finish a pair of gloves faster than a scarf, it takes less yarn, and if they're needed more, then I shall provide. I just need to get it right this time. I'm off to crochet more!


...But will I make it to the post office? We might not be able to drive out by this weekend! (I have a friend that lives close by, and happens to work practically-right-next-to the post office. If I can't get there on Saturday, then hopefully I can get him to help!) 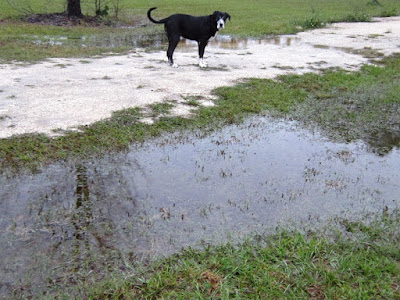 *Hey, what about that explanation for those that care?! (Lol) Please pardon my disorganized writing/thoughts right now! I'm still running on coffee and three hours of sleep a day or less, and it's taking a toll on my concentration - I've noticed, so I'm sure you do, too. It's not insomnia, it's insufficient time. If only there was a drug that added about 4 hours to a day - I think I'd take it.


And then there's the weather... After the last post where I shared our morning of frost and an afternoon in the 80's, it has rained. 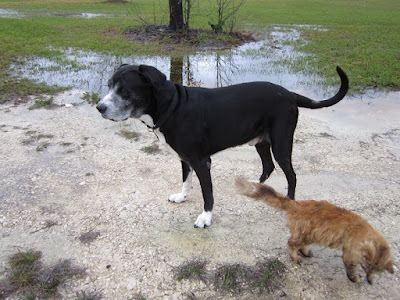 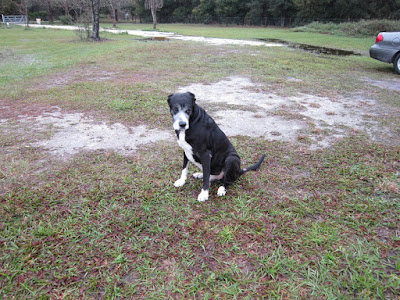 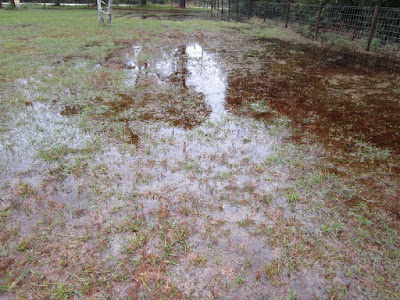 Trying to work while exhausted in this gloom; the constant sound of the rain on the metal roof further dulling the senses... And missing my music since my stereo's acting up (I think we got zapped by lightning)... It's hard not to go into a daze, stare out the window, and wish for sunshine. Or a boat. Or ice skates, since there's a chance that it will freeze again this weekend, and the water hasn't gone down... I'll need an extra scarf!

Email ThisBlogThis!Share to TwitterShare to FacebookShare to Pinterest
Labels: Bridge and Beyond, cold weather, crochet for charity, flooding, gloves, Homeless in Ohio, mittens, Scarf, Scarf of the Month program, where to donate crocheted items

Thanks to Coffee and Crochet


I live in Florida, right? The land of sunshine and palm trees? The place that northerners come to stay warm in the winter? The Sunshine State? Well, we got our sunshine today, but it sure took it's time warming us up! That's why I was super-thankful for crochet and coffee this morning. 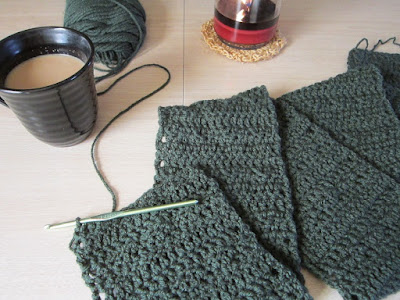 Just to be clear: I do live in that part of Florida that has cows, not coastline. But, at least I have one palm tree! I grew up even farther south than this, and only saw frost maybe three or four times before my eighteenth birthday. This is cold-to-me. So, anyway... This morning I had to wake up before 4 a.m. to send the hubby off for an early workday. On early mornings the dog and cats don't care that it's not time to eat yet... I better get in gear and get them fed, which means taking the dog out... In the dark, and this: 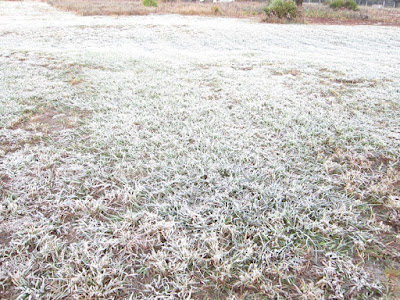 Walking around with my flashlight, the whole yard was sparkling. Even though I hate the cold, it was quite beautiful. Is that what makes people actually want to live in that frozen white stuff you call snow? Maybe I should try to go see it sometime. But only if I can take lots of hot coffee and warm crochet accessories with me! 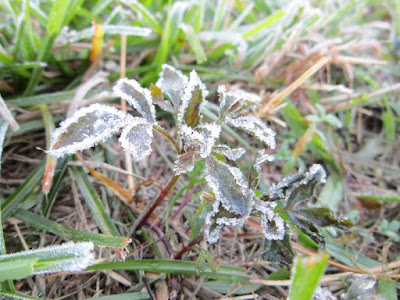 At least while walking around in the dark, I can wear my crochet goodies with no fear of ridicule. I hate wearing scarves because every time I do, somebody feels the need to inform me that "it's not snowing, you know"... Yeah but I'm cold, so shut up. I wrapped up in my favorite scarf this morning, and it worked wonderfully to keep the chill off while I walked the dog, and again later when I went out to snap some pictures of the yard. 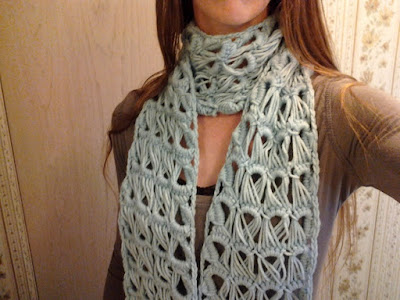 It's amazing how much happier you can be when you're warm. Usually, I would be walking around sniffling and grumbling about my numb fingers. Just by adding a crocheted hat and scarf to my Florida-snowsuit*, I was able to enjoy the beauty of the frosted yard instead of being completely miserable.

*A Florida "snowsuit" is my million layers that everyone makes fun of, because I don't own any clothes that are really suitable for this weather. My heaviest jacket leaves me cold at 60°. An outfit for seriously cold days before crochet was:

I've been told I look like a homeless person. And I don't think that's funny, but I guess you can laugh if you want to. I'm cold, and I'm doing whatever I can to stay warm. Since learning crochet, I add a scarf and a hat, leaving one of the shirts and maybe the hoodie behind. Sometimes I still wear the hoodie, like this morning when it was freezing. And I really could crochet myself some leg warmers, but I kinda like recycling my worn-out toe socks. 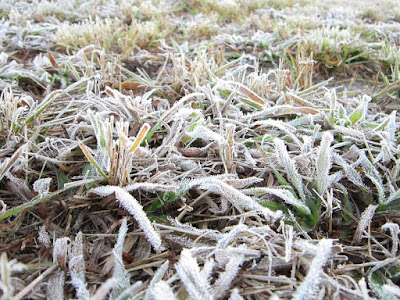 Are you starting to wonder why I'm rambling about what I wear when it's cold? Alright, I'll get to the point: This morning as I was enjoying my favorite scarf, it got me thinking... As soon as the animals are fed and the dog's done outside, I get to go in and be warm. And have COFFEE! I used to work in a steel building with a concrete floor and no heat. I couldn't stand it on cold days. Now, I get to go back in to my heated house, sit down with a cup of coffee, and bury myself in the warmth of my work.


There's plenty of people that still have to work in that cold, while barely making a living. And there's others that don't have a place of warmth or shelter. So instead of being miserable today, I decided to get to work on some more charity donations. I'll be sharing more about that later... Today is just for coffee and crochet! 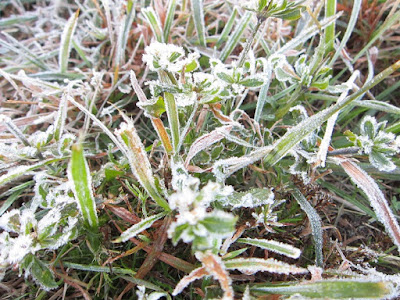