Time for a Break
Help, I'm not making any progress!

If you follow the Crochet is the Way blog regularly, you know that I've taken on even more charity projects than I normally do. And you may have noticed the lack of a free pattern for February's charity Scarf of the Month... And it's the end of March!


Well the Scarf of the Month pattern is supposed to go up the month after it was designed, but it's not supposed to be this late. Sometimes, life (or insert other four-letter-word here) happens. And sometimes your kids are on Spring Break and they never let you get any work done, because they don't understand that you're still working even though you haven't left the house. And sometimes you would have finished the Scarf of the Month, but you had to pick up extra work to afford the yarn, and that took time away from working on it, then you finally get it done, and somebody looks at it and says "What's that supposed to be?", and it totally makes you question your design skills and rip the whole 80" scarf back apart in a frenzy of self-skill-hate. 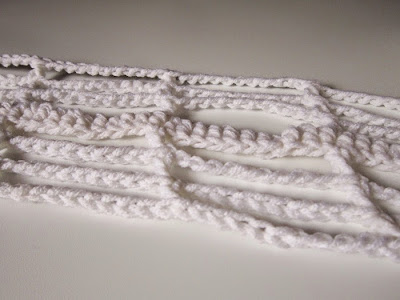 *Gasping for air*
Got all that?

Maybe my run-on sentences have already chased you away, and there's no point in me writing anything else because you're not reading it anymore. But, I know that many of you come back time and again to read what I have to say. And so many of you always have something nice to say back, some word of encouragement, or an expression of sympathy, even though you don't know me personally. And I love that. It shows me that there are good people out there who take the time to listen to what someone is saying, and at least act like they care. Thank you.


Now, it's time for me to take a break. Not from crochet work, just from the blog. The last time I said that, I missed one post and came right back to it. But this time, I need a break! I'm not abandoning the blog, it's not like I'll be gone for a year or anything, and I'll still be posting. But no more free patterns for a few weeks. Just a few weeks. What I'd like to do is concentrate on the World's Biggest Stocking Project, and do a totally-unofficial-and-not-really-a-crochet-along-at-all. 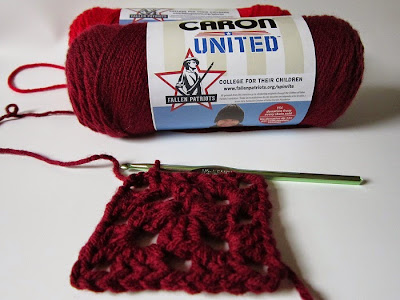 You'll be seeing progress of my work on the blanket(s), and if you choose to crochet one of them along with me, I'll be here to help. Just drop me a question, and I'll see if I can help you out! But - because the patterns aren't mine, and I'm not affiliated with any of the companies involved in the project, I want to make it clear that it's not an official crochet-along (if you can even call it that). I'll only be posting my progress on my work, and you will have to download the patterns for yourself, and work along with me if you choose. 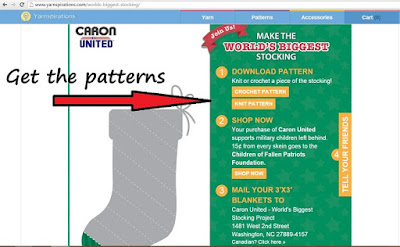 I really wanted to get that Scarf of the Month pattern posted before I took a break. Contrary to what that Google + profile badge says, I'm not really superwoman. Not all the time. And I'm definitely not supermom, either. How many times can you tell kids to clean their room before they still don't do it? And things like this morning's episode of sock-cutting... Why did we cut our sock? Apparently because we "felt like it".

Perhaps I should add (because this sounds like the behavior of an unsupervised three year-old and you might be getting worried about my attentiveness as a parent) that they are ten and twelve. They should know better. (I thought?)


I'm not looking for sympathy; What I need now is physical help (and a babysitter), and that's not something you all can do for me. I have a closet full of grocery bags waiting to become plarn. I have a disorganized yarn stash, even though I swear I just tackled that project. I'm only sleeping three hours a night, and I haven't taken a real day off in over two years. I have two children that are both wonderful and beautiful but they don't listen (at all!) when Mom says she needs to be working.
So, I'm getting farther and farther behind, and that's why I'm taking a get-caught-up break. Even though they have put the brakes (no pun intended) on some of my blog projects, this weekend my kids gave me some of the best encouragement I've ever received.


I tried to explain to them that I need to work extra-hard to get the Scarf of the Month done, because it's for charity. And I explained that they'll need to go play by themselves a little more, to give me time to finish the extra work I picked up.
They asked me why I make stuff for charity, if I don't get paid for it... I explained the best that I could about how doing good things can make you feel good about yourself, but also how I do benefit from posting the free pattern.
Then they both asked me if the next time they had some money, if instead of buying toys, they could each give me $20 for my charity program.
Angels. 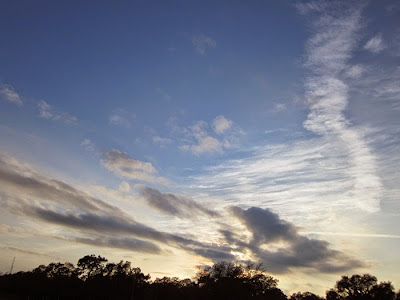 (Don't worry I'm not taking their money.)
Then, they interrupted me about twenty times while writing this post so that it took over two days to finish.
(Maybe I should take their money?)
They're still angels... With crooked halos.

I'll try to get the Scarf of the Month pattern posted soon. Then it's going to be all about #crochetforcharity for a while!


P.S. My kids like metal music, too! Since they seem to be the theme of today's Yarn Tales Tuesday, this week's YTT song of the day is one of their favorites! This song is 100% profanity-free and absolute nonsense; I don't know how these guys actually make money, but they're awesome. Yes, "Dogs Like Socks" is a "real" song:


P.P.S. Yaaaaaaay! I finally got my new camera... I took the pictures for today's post using a simple setting, now I have to figure out the rest of the bells and whistles.