How To: Russian Join 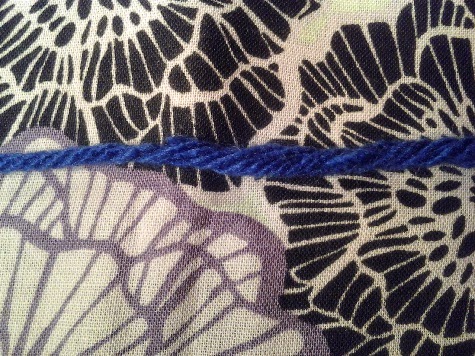 Do you ever get done with a crochet project, only to see all those yarn ends to weave in, then realize you're not done at all? I have a horrible habit of finishing a pattern, then thinking "DONE!", but we all (should) know this isn't the case. A pattern  may be finished once the last stitch is complete, but a project  isn't done until it's wearable or usable. When you've worked a project which requires more than one skein of yarn or color changes, those tails just might haunt your dreams at night, like mine.   A fter four nights of weaving in ends w hile finishing a large afghan,  I began having nightmares about being attacked and eaten by my project. The tails became tentacles which would entwine my body and suffocate me while I struggled to get free. Eventually the afghan devoured me.   After four more nights of weaving in ends while still having the same nightmare, I stuffed the project in a cabinet, never to work on it again. Sad. I should hav
Post a Comment
Continue reading »
More posts